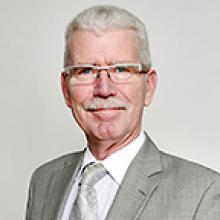 
Peacefully surrounded by love and family, Sidney Roe Restall passed away on Tuesday, September 20, 2022.
Sid leaves behind his beloved wife Denise; loving children, Sheilah Lee (Ryan) and Sean Roe (Zabrina); cherished stepchildren, Karina (JD) and Jonathan (Katie); favourite grandchildren, Shaeleigh, Layton, Ryleigh, and Reyna; siblings, John (Jan), Ian (Leah), Frank (Lorrie), and Bernadine (Brian); mother-in-law Olivette; in-laws, Betty (Danny), Juana (Arifin), Choi (Kitty), Lamford (Yoko), Michel (Lyne), Louis-Marie (Michelle), Marie-France (Giuseppe), Paule (Gilbert), Brigitte (Antoine), and Nicole (Jeffrey); and numerous nieces and nephews.
Meeting him at the gates will be his adoring first wife Gigi Lee (Pan Gen); parents, Bernadine Roe and John Restall; parents-in-law, Albert Allain, Lee King Yung, and Lee Shaw Man Sin; in-laws, Yvon, Shirley, and Jenny; niece Juliana; nephew Steven; and his dearest grandmother Viola. It is suffice to say that, on both Heaven and Earth, Sid was and will be surrounded by many people who love him.
Sid was born in Winnipeg, Manitoba, on May 19, 1957. Sid was a mischievous but brilliant child who cared deeply for his family and friends. Sid had the ability to develop friendships that were deep and long-lasting, with many of these friendships beginning in his youth and lasting all the way until his final days. One of Sid's favourite quotes describing his childhood was from an old teacher who said that Sid "would certainly end up being involved in the law when he was grown; [the teacher] just wasn't sure which side of the law it would be".
Sid attended the University of Winnipeg, obtaining a Bachelor of Arts in History (Honours), then proved his teacher correct by following his father's footsteps and going into the Faculty of Law at the University of Manitoba to become an attorney. He graduated in 1982 near the top of his class and was the valedictorian for his year. During Sid's undergraduate degree he met not only more of his lifelong friends but met and fell in love with his first wife, Gigi Lee. They married in 1980, had their daughter, Sheilah, in 1984, followed by their son, Sean, in 1986. Sid worked hard in his career to support his family and was a devoted and loving father and husband. He did his best to be both an affectionate but strict father, instilling in his children the concepts of hard work, diligence, and industry. From having his children assist him in building a sidewalk, to helping them with their English essays, to coaching his son's little league baseball team, he did his best to include them, and be included in, various aspects of life. This resulted in a strong relationship with his adult children, where they would often come to him for advice or to simply "hang out". Sid and Gigi's marriage was filled with much love and laughter as they raised their family and supported each other; this was unfortunately cut short before their 32nd anniversary when Gigi tragically passed away, leaving behind Sid and his adult children.
Fortunately, a few years later, Sid was reinvigorated for life when he found love with Denise. Through this, he built a jovial and loving relationship with his adult stepchildren, Karina and Jonathan. They officially brought their families together when they married in 2018. With Denise, Sid happily experienced the travel he never knew he wanted to do, as well as enjoyed the adventures and relaxations that came with retirement. Together, they lovingly welcomed grandchildren into their lives, becoming known as Yeh Yeh/Grandpa and Mimi.
Sid was a powerhouse in his career as an attorney and became well known as an expert in his areas of specialty (all you had to do was ask him). He started his career at Manitoba Hydro, and moved to the Government of Canada, Department of Justice. There, he was able to thrive as a civil litigator, which included taking the lead role in numerous hearings and trials that he thoroughly enjoyed. While he handled various civil litigation claims in the courts throughout his career, the latter half was focused more on administrative law matters, which included human rights. He was a well-known and respected attorney with a national practice, who later concurrently took on the role of the Vice-president of Labour Relations for the Association of Justice Counsel, which he had helped found.
As much as Sid was well known for his ability and love of being an attorney, he was also well known for his retirement countdown clock, which he maintained for years. Due to Gigi's passing, Sid postponed his retirement for a few years and eventually retired at the age of 56 (which he liked to comment was the youngest a Restall had ever retired).
Three years ago, Sid was unfortunately diagnosed with cancer. With Denise as his strongest support by his side, Sid bravely, positively, and always with a sense of humour, fought until the end.
Sid will forever be remembered by the many people he encountered, not just for what is mentioned above, but for his brilliantly sarcastic wit and sense of humour, his wry laugh, commanding voice and presence, and the sparkle in his eye that always meant he had something mischievous planned in his head.
A memorial service will be held at 2:00 p.m. on Monday, October 24, 2022, at Tabernacle Baptist Church, 155 Bannerman Ave.
In lieu of flowers, donations in Sid's memory may be made to Tabernacle Baptist Church, 155 Bannerman Ave., Winnipeg, MB R2W 0T3.


It is with heavy hearts that we announce the passing of Sidney Roe Restall on Tuesday, September 20, 2022 at St. Boniface Hospital at the age of 65 years.
A longer obituary notice to follow.