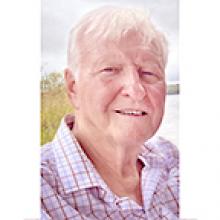 
On Tuesday, September 20, 2022, after a brief illness, our beloved Dad, Grandfather and dear friend passed away peacefully.
Nelson leaves to mourn his son Jeff (Lorraine) and daughter Lisa Sullivan (Steve); grandchildren, Jeff Jr., Jonathan, Leah, and Matthew Peitsch; and Michael, Karsten and Lexi Sullivan. He will also be lovingly remembered by his brothers, Roy and Alfred; sisters, Geraldine, Janice and Elaine; nieces, nephews, cousins and wonderful neighbours and friends. He was predeceased by his wife Lilli and his brother Norman.
Nelson was born October 9, 1943, in Brokenhead, Manitoba. He was raised to have a strong work ethic and a profound sense of integrity, kindness and self reliance. Stories of his early years working on the family farm and antics of his siblings, extended family and community pervaded stories he told 50 years after leaving the homestead. He graduated high school and moved to Winnipeg where he attended University and settled down to raise a family. Despite a busy three-decade long career at New Flyer Industries, Nelson always had a project on the go.
Nelson was a self-taught accomplished carpenter making toys, dining and bedroom suites, rocking chairs and cradles. When required, he was a proficient mechanic, bodywork man, painter, plumber and handyman. Whatever the issue a simple call to Dad would result in a recommendation for a quick fix or the right way to do it. It would often result in a visit from him where the demonstration of proper technique resulted in the project getting done. Building of gazebos and decks often came about by a discussion started with him at the dinner table.
Nelson was a remarkable husband, father, and grandfather. He lovingly cared for his ailing wife for a protracted period until her passing. He doted on his children, but his greatest joy was caring for and nurturing his grandchildren. He was aglow at their recitals, sporting events and hearing about an accomplishment. He had a profound love of spending time with them making snowmen, drawing, crafts, building birdhouses, weather vanes, sailboats and being present with them.
He will be profoundly missed.
In keeping with his wishes, no formal service will be held.
In lieu of flowers, and consistent with Nelson's character, consider performing a random act of kindness in his name.