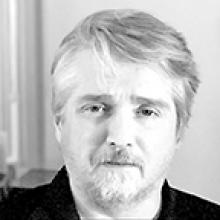 
It is with deep sadness and profound grief that the family of Alvin Joseph Sutherland Jr. (49), announce his passing on Thursday, September 15, 2022 at the Grace Hospital in Winnipeg from acute renal failure.
Born in Sydney Mines, Alvin cherished his birthplace and the relationships with his many aunts, uncles and cousins.
He is predeceased by his father Alvin Joseph Sutherland Sr and survived by his mother Sharon (Gord) Foxon; his four siblings, Lynette (Kevin) Mackay, Stephen (Chantel), Bill (Sandy) and Shawn (Amanda) and his nephews, Tyler, Malcolm, Michael, Kaleb and Ethan.
Alvin's complex health issues would never come in the way of wanting the most out of life. We all could count on a daily call and ask us how we were doing, knowing that he himself had greater needs than our own. Alvin personified selflessness desiring to be generous with his time and limited resources. Though Alvin lived in poverty, his wealth was not measured by his bank account balance, rather it was measured in the treasured friendships and family who he adored. Saying Alvin had a number of setbacks in life would be an understatement. Despite these barriers, Alvin time after time showcased tremendous resilience, proving barriers were no match for his insurmountable superhero strength.
Relationships trumped possessions as Alvin was energized by listening to people and sharing time with whomever needed it. Alvin genuinely loved his friends, both near and far. You would find his closest friends around a table playing Pathfinder or D and D for hours and sometimes days at a time. Alvin was in his element when he was gaming. Alvin was a gifted listener and cultivated relationships with spirit of empathy. It was his closest friends that became family. They celebrated birthdays, Christmas, Thanksgiving and was always welcomed into their homes. When Alvin began living as an amputee, it was his closest friends who adapted space to eliminate any barrier that prevented Alvin from attending.
The family would like to extend their deep appreciation to the staff of The Grace General Hospital 3 South and in particular Dr. Jacob, his final physician and Ms. Leslie Blair, Social Worker who championed his transition from hospital to his personal care home, as well as providing family with unparalleled support from the moment of first contact. Though Alvin only lived at Heritage Lodge (PCH) for a short while, the staff welcomed Alvin and provided quality and compassionate care that he so desperately needed.
Visitation will take place on September 27, 2022 at Friends Funeral Services, 2146 Main Street on Tuesday, September 27 from 7:00 to 8:00 p.m. This will be an opportunity to be with one another and personally say goodbye to this giant of fierce love and grace.
Knowing that the most important day in the year for Alvin was his birthday, it is not surprising that Alvin is throwing a birthday party that will be the backdrop in celebrating his life. This Marvel themed birthday gathering will take place on Saturday, October 8, 2022 at The Warehouse (Riverwood) from 2:00 p.m. at 5:00 p.m. at 270 Gordon Avenue. A short program will start at 2:30 p.m. and food, games and fun will follow. We hope everyone who was touched by Alvin's love for life will attend.
A private internment will take place following cremation and Alvin will rest by his father's side at the St. Vital Cemetery in Winnipeg, Manitoba.
In lieu of flowers, people are encouraged to support: gofundme.com/f/alvin-sutherland-celebration-of-life
Visit: www.friendsfs.ca to view this obituary.
"We have to be greater than what we suffer. My wish for you is to become hope. People need that." – Spiderman