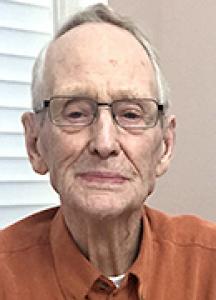 WALKER: William Edwin "Ted", 1931 - 2022. William Edwin "Ted" Walker of Neepawa passed away October 5th at his home at the age of 90 years. Ted was an admired husband, father, and example to all, and has taken a piece of our hearts with him. He will forever be remembered as a kind and loving person. Ted was born on October 24th, 1931, in Souris Manitoba, to William Alexander Walker and Ada Margaret Elizabeth Walker. He was the third child of three, brother to twins Shirley Bray (Mert) and Sheila Hargreaves (Norris). Ted married Janice Hutton in 1958 on Ted's 27th birthday and resided on the family farm, where they raised their six children. Ted loved the farm and took great pride in everything he did. The crops, cattle, other livestock, outbuildings, machinery, and yard (including the calf pasture baseball field) were all kept in immaculate condition. To Ted, family always came first, and in the winter, he would flood an ice rink in half of the machine shed for his children to enjoy. In 2005, Ted and Jan moved from the farm to Neepawa, having found the perfect home on the south side of town. Ted enjoyed being part of the community and was actively involved in golf, and the men's singing group "The Hims" (he was one of the founding members of "The Bethel Quartet" in his younger years). Ted loved to listen to music and sing along. There were many other activities he enjoyed, such as growing prize Lilies, playing a competitive game of Crokinole, and participating in floor shuffle and floor curling, where he met many new friends. Ted took great pride in his appearance. Ted and Jan enjoyed going to dances in the area, where Ted could be found floating across the dance floor, singing, or humming to the music being played. One of Dad's passions was antiquing. He was very fond of antique dishes and the antique furniture pieces to showcase his treasures. He and Jan would make day trips to go antique hunting or occasionally Ted would venture out on his own and come across a "treasure" that tickled his fancy. Ted was very knowledgeable about political and current events. He would read as many books and newspapers as he could to keep up on current world events, sports trivia and transactions, as well as being an avid history buff. Ted loved sports of all kinds but had a passion for baseball, something that had been passed on generationally in the family. Not only was he a skilled pitcher but a true teacher of the game. He coached many youth teams in Souris. Many times he would watch games on TV and out manage the coaches of MLB teams and mutter in disgust when proper execution of the fundamentals of the game weren't done. Ted is survived by his wife Janice and his children Brad (Joy), Cam (Brigitte), Todd (Kristie), Rob (Louise), Tanis (Stephen) and Bart (Meredith). He has twenty grandchildren. Riley (Bojana), Bret and Logan. Denver (Kelsie), Sara (Mason), Tyler and Grant, Kylon and Bryce Cardani. Caleigh (Gabriel), Brynna (Harry) and Seth. Caitlin (Jamie), Caryssa and James MacKenzie. Jenna (Michael) and Kayla Wilson. Whyatt, Madison and Morgan. There are 12 great-grandchildren. White's Funeral Home, Neepawa, in care of arrangements. Cremation has taken place and there will be a private family Celebration of Life. In lieu of flowers donations can be made to The Manitoba Lung Association, The Manitoba Heart and Stroke Foundation or the charity of your choice.


I'll be the voice that whispers in the breeze.
I'm peaceful now, put your mind at ease.
I've rested my eyes and gone to sleep,
But memories we've shared are yours to keep.