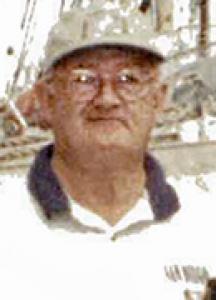 LOWES: Ralph Buchanan passed away at Brandon General Hospital in Brandon, MB on Sunday October 9, 2022 with his loving wife, Fay, at his side. After receiving his Diploma in Agriculture at the University of Manitoba, Ralph returned to his family home in Roseland District south of Brandon to initially farm with his father and grandfather lands including those homesteaded by the Lowes family in 1881. Thereafter, he and Gladys Fay McLean of Brandon were married and they expanded the farming operation. In 2001 Ralph retired from the physical aspect of farming and thereafter he managed the operation until his death. In addition to farming, Ralph was the first police officer (and for many years the sole police officer) for the Rural Municipality of Cornwallis and retired after 33 years. Over the years, Ralph's many interests and community involvement included but was not restricted to curling at Roseland, the Brandon Club, and bonspiels in the surrounding area; cross country skiing; boating and waterskiing in summer; judging 4H public speaking contests while being a member of Toastmasters for many years; assistance in the development of Camp Wannakumbac at Clear Lake; volunteer teaching the fundamentals of woodworking to students at the behest of the school; an active member of Knox United Church for many years, participation and membership in organizations to promote agriculture and its advancements such as zero tillage. Ralph had many hobbies and he and Fay travelled a lot worldwide in pursuit of their interests. Of great pleasure to them has been their home on the Northumberland Strait in Prince Edward Island where they rushed off to every chance they had. Of special importance to them has always been their pets (cats and dogs) throughout the years. In view of the foregoing, Ralph made so many friends in all walks of life. He had such a refreshing sense of humour and so enjoyed a good laugh. His memory will be cherished by his family and friends. He leaves to mourn his wife, Fay; his sister Frances and brother-in-law Darcy Wershler; his sister Margaret Ann and brother-in-law Dave Ashton; his sister-in-law Clara Myers; as well as his several nephews, nieces and cousins. At Ralph's request there will be no formal funeral service. There will be a tribute to Ralph with his family and friends at a date to be fixed. Friends that so desire, may make a memorial donation in Ralph's memory to the Brandon Humane Society, 2200 17 St E, Brandon, MB R7A 7M6 or to a charity of choice. Online condolences can be sent to Ralph's family by visiting www.willmorchapel.com.

Jamieson's Funeral Services of Glenboro, MB, in care of arrangements.