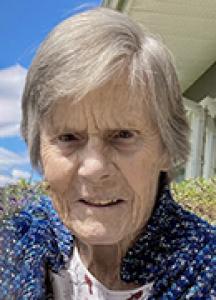 KERR: Edith Gill, age 95, beloved wife of the late Don Kerr and mother of Lois and Michael passed away July 22, 2022 at Riverdale Personal Home, Rivers. Edith's family would like to thank the staff at Riverdale PCH for their kindness and care Edith received during her 3 year stay. Edith took great pleasure in watching birds and all that nature had to offer. She enjoyed long drives along quiet roads and a few of those drives brought her to Arden where she was born and raised on the Gill Ranch. She taught in Cordova with a six month permit after graduating from high school. Upon receiving her Teacher's Certificate from Normal School she then taught in Bethany, Kelwood and Newdale. It was when Edith taught in Newdale that Don Kerr caught her eye and they were married on October 11, 1954. Her profession changed from being a teacher to a farmwife, homemaker and later mother on the farm North of Cardale where she lived for 65 years. Edith took an active role in the farm and she was very content to live in the house that Don and she built. She prided herself on keeping a very neat and tidy yard. Edith's motto might have been "not a blade of grass uncut"! Edith was predeceased by her loving husband, Don Kerr after 25 years of marriage, infant daughter Elizabeth Ann Kerr, her parents Wilmot and Bertha (Wray) Gill of Arden, and her siblings Elmer (Ruth) Gill of Winnipeg, Muriel (Peter) Cottingham of Neepawa, Homer (Wilma) Gill of Neepawa, Clair Gill of Gladstone and her twin sister Helen Gill of Arden. Left to mourn are her daughter Lois (Allan) Hyndman of Cardale, her son Michael Kerr, three granddaughters Kathleen Hyndman (Nicole Hughes), Allana Hyndman (Robbie Brown) and Eleanor Hyndman (Tom Wedgewood) and her one great-grandson Jackson Brown. Special acknowledgment to her four nieces: Marilyn Shinyei, Karen Cottingham, Diane Cottingham and Joy MacLean and one nephew David Cottingham and a new found family member, the late Ken (Berdina) Shorten of Winnipeg. For those so desiring, donations can be made in Edith's memory to the Cardale United Church Memorial Fund – Box 86 Cardale, MB ROK OJO, Prairie Mountain Health – specifying your donation is going towards the Activity Fund in Riverdale PCH - Box 428, Rivers, MB ROK 1X0 or to the Trans Canada Trail 300-321 de la Commune W, Montreal QC H2Y 2E1. Edith's Celebration of Life service will be held in Cardale United Church, Cardale on Nov 8th at 2:30 with Linda Clark officiating.

Messages of condolence can be shared at www.campbellfuneralhome.ca