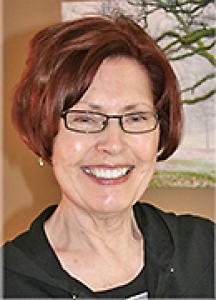 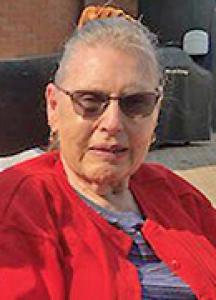 POTOSKI: Marilyn Anne (nee WALKER) was born on August 11,1945 in Brandon, MB, daughter of William and Annabell Walker. She grew up in Birtle, MB and received all her schooling there. She also spent lots of time at Auntie Hildred and Uncle Philip Robinson's farm near Binscarth, MB. Marilyn took part in softball and girls' hockey. She worked at the Birtle Eyewitness and as an assistant painter for her dad during summer holidays. She took part in C.G.I.T., sang in the United Church Choir and took part in high school musicals. After completing high school in 1964, she moved to Winnipeg, where she pursued training as a Registered Nurse and graduated in 1967. While working at St. Boniface Hospital in the Emergency Room, she met a young intern, Paul Potoski, whom she married on September 6, 1969. She worked in various departments at St. Boniface Hospital and Health Sciences Centre before they set out searching for a place to put down roots. They moved to Treherne, MB in 1971 and Detroit, MI, in 1972. The call of the farm was too strong for her husband, Dr. Paul. He convinced her to move to his hometown of Dauphin in 1973. They had two children Mark and Rachelle. Marilyn worked for many years as a nursing supervisor at the Dauphin Hospital (DRHC) and got on well with the 'Jill-of-all-trades' nature of the job. Later on she put her organizational skills to the test as Manager of the Potoski Medical Clinic where she loved having time to talk with patients about anything and everything that was going on in their lives. She was a creative soul, and found her niche as an artist, even helping to create the Manitoba Teachers' Society mural in downtown Dauphin. She was also a member of the Dauphin Art Group for many years, drawing inspiration from the many talented individuals she met there. She loved nature scenes, and every picture of the Northern Lights went straight into a folder, to later be turned into an oil painting. She adored her three grandchildren: Xavier, Isabella, and Sona (Rachelle and husband Jacques). She devoured any news from them whether it was a major accomplishment, a milestone, or just sharing in their likes, hopes, and dreams. She would gush with pride when she heard about a team win in hockey, another successful Ukrainian dance recital, or even something seemingly ordinary such as passing a driver's test. She also shared in the family trait of love of animals, especially cats, and derived many moments of joy from her many animal companions over the years - including her most recent kitty cats - Slick, George, and Rozzy. Marilyn was predeceased by her parents Annabell and Bill Walker. She is survived by her husband Paul, son Mark, daughter Rachelle Potoski-Lavergne (Jacques Lavergne), grandchildren Xavier, Isabella and Sona Lavergne of Winnipeg and her sister Glenda Walker-Hobbs (Harry Hobbs) of Flin Flon, MB. A donation to the Parkland Humane Society, Box 895, 411 Second Avenue N. W. R7N 3B3, would be welcomed, if one would like to honour Marilyn. The family graciously thanks everyone who dropped by with food, a sympathy card, or passed along kind words of comfort. They are also grateful to the staff at St. Paul's Home who made her feel welcome and made her days brighter during her brief stay there. In keeping with Marilyn's wishes, she is to be cremated, and a private family celebration of life will be held at a later date.