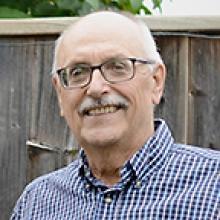 
It is with profound sadness that the family of Kenneth Joseph Valainis announce his sudden and unexpected passing, one day shy of his 70th birthday, on October 28, 2022.
Left to cherish his memories are his wife Valerie; sons, Jaret (Jaclyn) and Wade (Stephanie); sisters, Ann, Josie (Patrick) and Joyce; brother Tom; brother-in-law Martyn; grandchildren, Annika, Griffin, Lily and Chloe and many nieces and nephews.
Ken was born October 29, 1952 in Winnipeg to Lydia (Berkis) and Joseph Valainis. He attended Lord Roberts Elementary School and Churchill High School, eventually graduating with an Education degree from the University of Manitoba. Ken embarked on a 35-year teaching career beginning in Snow Lake, continuing on to Alonsa, Clandeboye, Selkirk and ending in the Seven Oaks School Division. It was while he was teaching in Alonsa that he met his wife Valerie. They were married in Winnipeg on October 30, 1976. His passion for education led him to be the only Canadian to attend the Keizai Conference in Japan in 1999. He also attended conferences in Minneapolis, Calgary, and the House of Commons in Ottawa.
After retiring from teaching, Ken pursued a lifelong dream of driving a big rig truck by spending five years with ALLMOVE Security and Mobile Shredding.
Ken had a great love of sports. He won a provincial championship playing football for the Churchill Bulldogs. He also played fastpitch, slo-pitch, curled and coached his sons in hockey and soccer. He became a successful umpire, being selected for multiple Western and National Canadian Championships.
His many passions included travelling, fishing, square dancing and being a member of the Sisters of the Holy Rock.
A celebration of Ken's life will take place on Sunday, November 6 at 2:00 p.m. at Chapel Lawn Funeral Home, 4000 Portage Avenue.
In lieu of flowers, a donation may be made to a charity of one's choice.