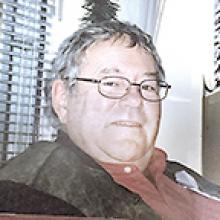 
Donald Karl Boulton passed away suddenly at Russell Hospital, Russell MB after spending a week with his duck hunting friends in Rossburn MB.
It is hard to say farewell to a man who always helped others, always had a smile on his face, stories to share and who touched so many hearts.
He is survived by his brother Stephen (Pat), nieces Christa, Karly (Jesse), Luanne (Mike), nephews Michael (Amber), Stephen (Marcela), Aunt Carol, Aunt Cathi (Ken), sister-in-law Paula, four great-nephews and four great-nieces, many cousins and many life long friends .
He was predeceased by his parents Alan and Jeannie and his brother Douglas.
Donald was born and raised in Winnipeg but as a young man he loved to travel. He has spent the last 50 or so years residing on Salt Spring Island BC where he enjoyed working on fishing boats and logging part time. He loved riding around in his 1959 Willy's Jeep and spending time on his own old boat.
We would like to thank Dwight for the many years of friendship he and Donald shared. We would also like to thank his many duck hunting buddies who were there with him over the week he recently shared with them. You know who you are and thank you. We would also like to thank his many friends from Salt Spring Island who have been there for Donald over the years. You know who you are and thank you.
A Celebration of Life will be held next summer at the family cottage at Star Lake MB .


We all love you Don (Karl Lafong)
and will miss you.