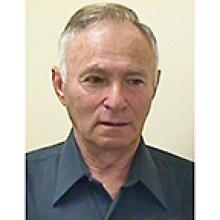 
Saul (Jonas) Alpern of Winnipeg passed away peacefully on October 26, 2022 with his beloved wife Ida at his side.
Saul was born in 1930 in the Bukovina region of Romania. During the Holocaust, as recounted in his memoir "No One Awaiting Me," he lost his parents, Isaac and Rosa Alpern and his two older siblings, Shimon and Molly. Facing incredible hardships, including forced labour camps, death marches, hunger and cold, Saul was forced to beg and steal so that he and his younger brother, Avrum, could survive.
After the war, Avrum relocated to British-controlled Palestine, where he fell in the new State of Israel's War of Independence. Saul also planned to move to Palestine and join the struggle to establish a Jewish state, but what began as a detour to Canada in 1948 turned into a permanent move.
Beginning in the early 1950s Saul built a successful career as a cattle dealer. In 1963 he married Ida (née Reiss), and they built a happy life together.
In 2001 Saul published his memoir, which won provincial and national awards and was translated to Hebrew by Yad Vashem. It is not only a gripping personal account of survival against all odds, but also a work of great historical importance, being one of the first books documenting the Nazi genocide in the Transnistria region.
Despite the enormous travails and personal loss that he had endured, Saul had a charming and jovial personality. He was loved by all who knew him. It gave him particular pleasure to help others, and to honour the memory of his parents and siblings, through very generous contributions to charities in Winnipeg and in Israel.
The funeral was held at the Rosh Pina Cemetery on October 28, 2022. Pallbearers were nephews Alan, Ken and Cary Reiss; great-nephews Noah and Charlie Reiss; and friend Nathan Wiseman.
Donations in memory of Saul may be made to the Ida and Saul Alpern Fund at the Jewish Foundation of Manitoba or to the Jewish National Fund.