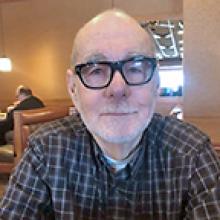 
It is with great sorrow that we announce the sudden passing of our father.
Don passed away October 22, 2022, age 85 while in Seven Oaks Hospital recuperating from a bump on the head he acquired while out walking his dog. We all had expectations he would be returning home soon, but he contracted covid 19 after a week in hospital.
Don was predeceased by his parents Henry and Vera Berry; by his second wife Anne Stoesz; stepson Steve Chartrand; brothers James Berry, Leonard Berry and Allen Berry.
Don leaves behind to mourn his passing sisters Winona Yeo of Cypress River and Verna Bastiaanssen of Lorette, Manitoba; two children Deborah Hawkins and Bryan (Tannis) Berry; stepchildren Caroline, Yvette, Yvonne, Lorne and Michael Chartrand; and numerous grandchildren.
My father was a man of great wisdom and contemplation only outspoken if extremely necessary, he never argued with anyone. His respect had to be earned, but compassion was always given in doing so. If, for reason you had to ask him a hard question, he would sit back, cross his right leg over his left, touch his hand to his chin, wait a second or two and then lay out your answer as honest as he could.
Special thanks to all his neighbors on his street where he walked his dog. He was fond of all of you; and to his bicycle ride crew that took trips all over the city.
Don's wishes were cremation, no funeral, no viewing and to spread his remains in a nice place. Mr. Humble he was. He will be kept with my sister until such time we find the strength to part ways.
Milo, his dog, is in my care. I do believe I will hold my father until such time Milo passes, then I will put them in a spot together.


Bye Dad, we all loved you!


Condolences for the family may be left at www.alternacremation.ca