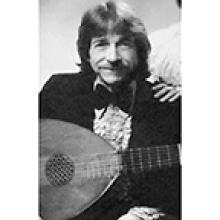 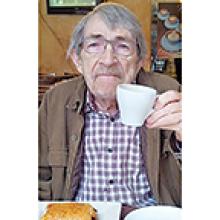 
Richard Burleson passed away peacefully on Sunday, October 30, 2022.
He is survived by daughters Jessica Burleson (Duncan Owen), Winnipeg, and Rachel Yossifon (Yossi); grandchildren Noa, Nadav, and Eliana Yossifon, Kfar Saba, Israel; ex-wife Paula (Korman) Burleson, Winnipeg; sister-in-law Jan (MacLaren) Burleson, Benson, Vermont; and loving nieces and nephews.
Richard was born December 22 in Middletown, Connecticut, to Lester and Myrtle (Dunkleberger) Burleson. He often recounted stories of a marvellous and magical New England childhood spent with older brothers Lester Jr. and Ronald, both of whom predeceased him. Early on, he discovered a passion for music, which would accompany him his entire life.
Richard earned a Bachelor of Music in 1964 from the University of Hartford (UHart), where he first discovered Early music and studied lute under the late Joseph Iadone. He met soprano (and future wife) Paula Sue Korman at UHart, where they began a career together in Early music performance. Richard and Paula married in 1964 and moved to Seattle Washington, where Richard completed a Master of Arts in music at the University of Washington in 1967. In 1970, Richard and family moved to Winnipeg, where he began a 40-year-long career as professor at the University of Manitoba's School of Music (now Desautels Faculty of Music). Richard and Paula performed extensively in the U.S., Canada, and Europe until 1985.
Richard was a dedicated and passionate instructor, specializing in music history, ethnomusicology, music theory, and Early music. He founded the U of M Early Music Festival in the 1970s and led the School of Music's Collegium Musicum for many years. He was a frequent guest artist in Aurora Musicale, Music Inter Alia, and other music series, and contributed in the areas of new music performance and folk music. In addition to performance and teaching, Richard was an active researcher, publishing and lecturing on Early music, folk song, language and music, and First Nations music.
Richard will be remembered for his dedication to teaching, music and the arts, his unique and positive outlook on life, his love for visiting with friends and family over coffee, and his storytelling. He taught us to stop and appreciate the beauty of the world around us. He was a gentleman and a scholar, who considered it more important to be kind and caring than to be right or correct. He left the world a better place than it was before him. May his memory be a blessing.
In keeping with Richard's wishes, cremation has taken place. A Celebration of Life will be held at a later date.
The family wishes to thank the staff of Shaftesbury Retirement Residence for the wonderful care they provided.


Condolences for the family may be left at www.alternacremation.ca.


Richard Burleson passed away on Sunday, October 30, 2022 at Shaftesbury Park Retirement Residence.
Richard was beloved father to daughters Jessica Burleson (Duncan Owen) and Rachel Yossifon (Yossi); and beloved grandfather to Noa, Nadav, and Eliana.
Longer notice to follow.
Condolences for the family may be left at www.alternacremation.ca.