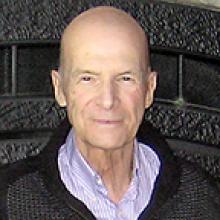 
It is with great sorrow that we wish to announce the passing of our beloved father, Luc Legault at the Portage District General Hospital on Thursday, September 29, 2022 at the age of 84 years.
He was predeceased by his parents, Albé Legault and Yvonne (née Houde); two sisters, Laurette Brooker and Anita Peters; two nephews, Dennis and Jerry Brooker; three brothers-in-law, Charlie Martel, Barrie Brooker and Neil Peters; a sister-in-law Reine Legault.
He leaves to mourn five children, Michèle (Cari) Shyiak, Gina Legault, Jocelyn (Ralph) Legault-Clark, Adèle (Bob) Legault and Bernard (Monique) Legault; 12 grandchildren, Shayne (Sara), Brandyn (Samantha), Kirsty (Ben), Kyle (Melissa), Trevon (Stephanie), Desmond, Dylan (Kastina), Ashley, Brittany (Scott), Jessie (Laufey), Cody (Sabrina) and Brayden; and three very special great-grandchildren, Ardyn, Annika and Arya. He also leaves to mourn one sister Elva Martel; one brother Alfred (Henriette) Legault and numerous nieces, nephews, relatives and friends.
Dad was born in Elie on January 12, 1938 and was the big brother of a family of five children. He attended Glengarry School, which was a small grade one to eight school located across the road from Pépère Legault's yard. He later attended Elie School and St. Boniface College.
Mom and Dad married on November 7, 1959. This was the start of a beautiful lifelong relationship. Together they worked hard to raise a family that meant everything to them.
In Dad's early years, he worked for Hydro prior to dedicating 16 years of his life to farming in Elie (Bois de Travers) with his father. He moved his family to Brandon in 1978 where Dad farmed in Minto, as well as Elie. Mom and Dad returned to Elie six years later and settled into Pépère's house. While continuing to farm the "home place," he started a new job working at the Elie Esso. He took great pride in his new role as ambassador of the local gas station. Numerous individuals would make a special stop just to get gas and a visit in with him, as he always had a smile and a kind word for everyone.
Shortly after their retirement, Mom and Dad then made Portage home in 2010 where he continued to live after Mom's passing on May 1, 2014.
Our wonderful father was a true role model who was devoted, proud, humble, kind, genuine, calm and caring. He had a beautiful smile that could light up a room, especially when he had the opportunity to spend time with family and friends. His ability to share meaningful stories with all who knew him was something he was well known for.


It broke our hearts to lose him,
but he did not go alone.
A part of us went with him,
the day God took him home.
He will live in our hearts forever.


Donations in memory of our father Luc Legault can be made to the following organizations: Heart and Stroke Foundation, Portage and District Hospital and St. Boniface Hospital.