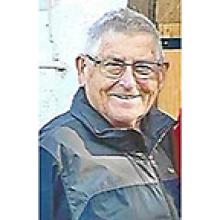 
It is with great sadness, that we announce the passing of our beloved husband, father and grandfather Richard Kundel on October 26, 2022 at the age of 81.
He was predeceased by his parents, Alex, Minnie; and brothers, Ralph and Ray.
He leaves to mourn, his wife Lynne of 47 years, daughter Donna (Andrew); grandchildren, Hayden, Calum and Cailey.
Richard was born and raised in Winnipeg's north end. He was employed with Green Giant/Pillsbury for 35 years.
Richard was a lover of cars and was one of the founding members of Guardian Car Club. His pride was the restoration of his 1967 Corvette which he won many awards for. He was an active member of Transcona and Oakbank Kinsmen, and belonged to the Oakbank Gun Club.
Summers were spent at the lake in Kenora, ON where he enjoyed boating and fishing with friends. Winters (15) were spent in Texas, enjoying sun, friends and golfing.
The family would like to thank everyone for their support and caring.
Richard will be sadly missed.
Cremation has taken place and a Celebration of Life may take place at a later date.
Fond memories and expressions of sympathy may be shared at www.brownfuneralhomekenora.com for the Kundel family.