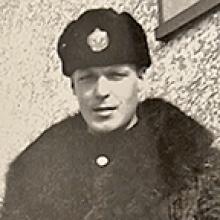 On Saturday, November 5, 2022 Stanley Gerald Smyth, our beloved father, grandfather and great-grandfather, peacefully passed away. He will be greatly missed by his children, Debra, Danny (Cynthia), and Stan (Vicki); his grandchildren, Jesilyn (Jason), Travis (Melanie), Micky (Kendra), Megan (Thomas), Haley, Austin, William and Samantha; his great-grandchildren Kayley, Evan and Benjamin. Stan was predeceased by his wife Donna in 2003.
Stanley was born in Regina, Saskatchewan on November 11, 1932, following his siblings Winnie and Cecil. In January 1940, his father, Robert Smyth joined the Royal Canadian Army Service Corps, and went to Europe to fight in WWII. After that, his mother Winifred Smyth moved the family to go home to her family's farm in Lily Bay, Manitoba. Later, they moved to Lundar, Manitoba in 1941 where Stanley grew up surrounded by many cousins and relatives.
Stanley and his family moved to Winnipeg in 1943, where he continued his schooling and gained some work experience. His father returned from the war in December 1945, and his family was reunited. At the age of 17, Stanley began working as a Linesman for Manitoba Power Commission. He married Donna in 1954, who he had known from high school. Stanley signed on with the city police in 1955 as a policeman, now known as the Winnipeg Police Service. He started out on beat patrol, then became a police combat shooter in 1959. He was the youngest member of the shooting team at that time. In 1966, he became the firearms instructor for the service. Later, he served in the traffic division and rode a motorcycle all year round, while maintaining his firearms instructor position. In 1973, he was promoted to Patrol Sergeant, and later became Sergeant 1. He moved to the firearms unit, until he retired in 1991. Sergeant Stanley Smyth ended his police career as an award-winning marksman on the firing range, where he developed a training program teaching recruits how to shoot accurately, with an emphasis on firearm safety. Immensely proud of being a policeman for 37 years, he continued attending and running shoots as the Range Officer as recently as this year.
Stanley and Donna loved travelling, with Hawaii, Florida and Texas being some of their favourite destinations – Dad loved the ocean, Mom loved the heat! After Donna's stroke in 1992, Dad's retirement plans changed as he became her primary caregiver for the duration of her life. He took great pride in caring for her and did so selflessly for eleven years. Stan loved watching sports, especially the Blue Bombers, Jets, Blue Jays and curling.
Connecting with family and keeping them close was always a priority. Family was very important to Stan, and he enjoyed attending all of his kids and grandkids' activities and sports as much as possible. A proudly independent soul, Stan lived in the same house until his last few months, which was exactly what he'd hoped to be able to do.
A memorial service will be held on Monday November 14th at 11:00am at My Church, located at 955 Wilkes Avenue in Winnipeg. Reception will follow in the church hall. In lieu of flowers, donations may be made to The Heart and Stroke Foundation.
For those who wish to sign the online Guest Book please visit www.chapellawn.ca