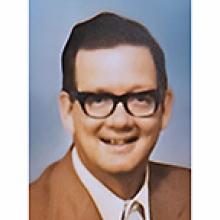 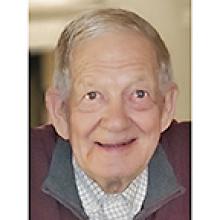 Lloyd peacefully took his last breath surrounded by his family on Saturday morning November 5, 2022. Survived by his wife of 54 years, Maureen, and his six children Greg (Nicole), Mike (Cynthia), Jeff (Lise), Heather (Aaron), Julie (Alex) and Chris (Anika) and his 13 grandchildren (Taylor, Douglas, Payton, Avery, Claire, Emerson, Everett, Cooper, Gabriella, Breanna, Caleb, Sawyer and Willow). He is also survived by his sister Vina. He was predeceased by his son Brad.
Born in Deloraine, Manitoba, he spent time in both Southwestern Manitoba and Saskatchewan in his early years before arriving in Winnipeg for his Grade 12 year at Kelvin High School. The small town, farming roots remained very important to him and were always close to his heart. Over the years, he would always check in with his relatives in Elrose, Saskatchewan and Melita, Manitoba (amongst other places) to see how the crops and livestock were coming along. He spoke longingly of his time spent on his Uncle Russ' farm and all of the lessons learned from a farming life.
Following high school, he attended the General Motors Institute in Flint, Michigan with the hope of succeeding his father Gordon in the car dealership business at Community Chev. When unable to do so, he embarked on a road construction business. The overpass at Portage La Prairie and a number of the overpasses on the Perimeter Highway around Winnipeg were the by-product of his efforts.
It was at that point that he met Maureen. He was a passenger on an Air Canada flight and she was a flight attendant. She eventually agreed to go out with him and the rest, as they say, is history. With a new marriage and a young son, Lloyd gave up the road construction business and settled into a commercial real estate development career which he carried on for the remainder of his working life.
Lloyd loved his kids and grandkids. They were his passion, the topic of any conversation and with whom he would spend all of his free time. On the sidelines, in the stands at rinks, at dance recitals - that is where you would find him at his happiest. Always passionate, always supportive with an occasional sharp tongue. But always present. Having suffered from polio as a young man, he found fulfillment in following the athletic pursuits of his children and grandchildren.
Anyone who spent time with Lloyd can attest that you always knew where he stood on an issue. It was a character trait he learned from his parents and five siblings that he, in turn, passed along to his own children. Everyone was welcome in his home, and many good and lively discussions ensued. He loved a busy house, with lots of friends and family around. That is a gift that he has given to his own kids and the many friends that came into contact with him over the years.
We are all blessed by the principles by which he lived his life: be honest and forthright, work hard and don't give up, embrace and cherish your family, spend time with those that you love and put them first, follow your dreams and don't sit on the sidelines, and have some fun along the way.
Please join us as we celebrate his life on Saturday, November 19, 2022 at 2:00 pm at Chapel Lawn Funeral Home, 4000 Portage Avenue. Visiting starts at 1:30 pm with Interment and Reception to follow our Celebration at Chapel Lawn.