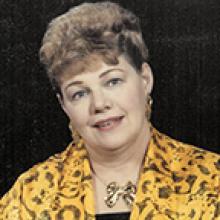 
It is with deep sorrow that we announce the passing of Janet Elaine Lalchun (nee Smith) on November 7, 2022, at the Golden Door Centre.
Left to cherish her memory are her son Dean (Brenda); her daughter Dayna (Lou); her grandchildren Tyler and Troy Lalchun, Reece (Olivia) and Keaton Savard, Dustin (Simone) and Jessica Pich plus many nieces and nephews.
Janet was predeceased by her husband Norm, her parents Philip and Rose Smith, her brothers Philip, Henry and Paul and her daughter-in-law Cindy.
Janet was born in Selkirk and spent her early years involved in the community. Janet then got her teaching certificate and taught at the Narol and Peguis schools. She became a stay-at-home Mom with the birth of her children. As the kids grew, she became involved in party plan sales, selling plaster plaques, Coppercraft, and Michele Lynn jewelry. She was an amazing salesperson and won numerous awards, and trips over her sales years. Janet was an owning partner of Dynasty Tours and guided numerous trips to the many casinos in the US.
Janet loved to travel with her husband Norm on trips to Switzerland, the Caribbean, Germany, Hawaii, Monaco, Hong Kong, South America, cruises, Paris, London, Nashville, Las Vegas, and many casino trips.
A memorial service to commemorate her life will be held at Gilbart Funeral Home, 309 Eveline Street in Selkirk, on Thursday, December 1, 2022 at 11:00 a.m.
In lieu of flowers, donations can be made in her name to Diabetes Canada.