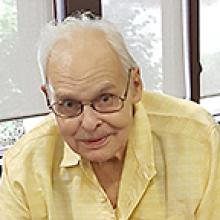 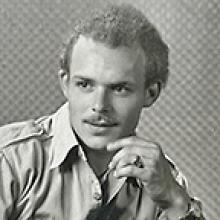 
Dietrich Ernst Gunther Karl Lessing was born in Cottbus, Germany on 20 March 1931. He was predeceased by his parents Gunther and Ruth Lessing, his brother Gunter Lessing, Brother-in-law Ernest Lowenberg, his son Markus and the love of his life – his wife Gisela (Weller) who passed 24 years ago.
He is survived by his daughter Eva Marie Lessing, his sister Rosemarie Lowenberg and niece Monica Lowenberg in England as well as many nieces and nephews in Germany.
In 1946 at the age of 15 he began his apprenticeship in Rosenthal Germany in the Carpenter trade with Master Carpenter, Mr. Walkling graduating in 1949 with his journeyman's licence. He worked around the country till at 20 years old he decided to come to Canada.
He came via ship after travelling almost 18 days, landed in Halifax on November 16, 1951, wearing his Carpenter uniform, had one suitcase, one packsack with his hammer and 4 German pennies in his pocket. His fare to Canada had been paid by a mining company which he had to work in their mine till he repaid his fare.
Then his journey as a Master Carpenter began across Canada. He married Gisela on July 9th, 1955 and they settled in Winnipeg where they lived all their lives and raised their family. He worked for many construction companies for several years till he decided to form his own company D&G Contractors. He and his wife were a team running the company. In the later years, he worked for a short time for DND as a civilian carpenter before retiring when Gisela become ill.
He was a member of Ancient Landmark Lodge #3, Scottish Rite and the Shrine – in the Komedian Unit. He recently received his 50-year medal from Ancient Landmark Lodge. Masonry was a very large part of Dietrich's life.
In his younger years, fishing, hunting and camping with the family were his passion. In the later years he was content to sit outside in the yard enjoying the fresh air.
Since 2005, there were health challenges, which he met with determination and kept trying to do his best. January 1 2022, he broke his hip, and sadly was unable to come back home. In March he became a resident at Holy Family Home St. Michaels unit.
Thank you to all at Health Sciences Centre, Deer Lodge Geriatric Rehab and to Holy Family who looked after him.
As Dietrich said on many occasions...Happy to meet, sorry to part, Happy to meet you again. God Bless you all and be with you Wherever you are.
In lieu of flowers, please make a donation to the Charity of your choice.
Cremation has taken place. A celebration of life and Interment will take place on Friday 18 November 2022 at 1100 am at Neil Bardal Funeral Centre, 3030 Notre Dame Avenue. For those that would like to view the service, it will be web cast on the Neil Bardal Web site www.neilbardalinc.com.