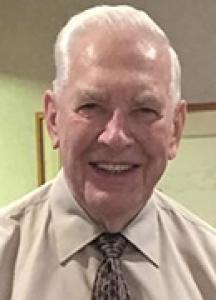 FRASER: Gordon Malcolm Fraser passed away on November 11th, 2022. He leaves behind his sons, Jim (Pat) Fraser and Tom Fraser, his grandchildren Kathy (Dominic) Blais, Jill (Sean) Munday, Eric and Kassaundra Fraser, step-grandson Justin (Erin) Werner and great-grandchildren Genevieve, William and Michael Blais, Calum and Myra Munday and step-great-grandchildren Cali, Keira and Deegan Werner. He also leaves behind his brother Bill (Fran) Fraser of Neepawa, his sister Carole Maguire of Brandon, the Terry family and many cousins, nieces and nephews who all held a special place in his heart. Gordon Fraser was born in Binscarth, MB, July 25, 1931. As a young man he grew up and attended high school in Waskada. It was there that he met the young Elsie Moore and the rest as they say was history. The two were married on July 1, 1953. It was said that the date was picked so that every year people would have a holiday to celebrate their anniversary. Gordon was working with the Canadian Pacific Railway as a Station Agent and so they began their life of moving around Manitoba. Their first son, James was born in 1955 while they lived in Rennie. Their second son, Thomas, was born in 1959 in Neepawa. In 1960 the family moved to Lenore, Manitoba except for a short time away, the Fraser family lived in Lenore until 1971. In 1971 the family moved to Brandon and Gordon began a second career for the Province of Manitoba. After their sons married, moved away and Gordon retired, they sold their house and moved to an apartment. The winters were spent in Texas and the summers in Brandon or diving around the country visiting family. He spent his final year in Brandon driving vehicles for Kelleher Motors. In 2021 he moved to the Fairview Home until his passing. He is predeceased by his loving wife of 65 years Elsie (Moore) Fraser in Sept. 2018, his sister-in-law Edna Corrigan in 1999, his brother-in-law Larry Moore and his wife Sandra in 2020. He has been placed to rest in the Goodlands Cemetery, Goodlands, Manitoba. Donations in Gordon's memory may be made to a charity of your choice.