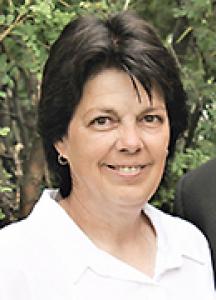 HARMON: Mrs. Jacqueline Marie Harmon (nee Dekeyser) of Boissevain, formerly of Melita, passed away peacefully on Monday, November 14, 2022 at the Boissevain Health Centre at the age of 57, after a very brave 3-year battle with ALS (Lou Gehrig's disease). Jacquie was born at the Deloraine Hospital on November 25, 1964. She was the third of five children born to Bill and Ilene Dekeyser (nee VanDaele). She attended school in Melita and enjoyed being outside helping with the cattle on the family farm. Jacquie married the love of her life Jim Harmon on June 2, 1990 at Victoria United Church in Melita, Manitoba where they resided until they moved to Boissevain in early 2002 to be closer to Jim's work. On March 31, 2002, Jim and Jacquie were blessed with the birth of their son Kyle who was of course the pride and joy of Jacquie's life. During the early years of Jim and Jacquie's marriage they had a cow calf operation while both were kept busy with their jobs. Jim worked for the Department of Highways until his retirement in 2020, and Jacquie co-owned a licensed day care with Shirley Lamport on Main Street in Melita. After they moved to Boissevain, Jacquie worked at Glover Equine and later at JJ Lock and Key in Deloraine. A few of Jacquie's favorite pastimes were pasture checking, driving through their cattle herd to see how much the calves had grown since the last time they had seen them. Jacquie's family and friends were a large part of her life. She never missed an opportunity to get together and laugh about things they had done in the past and to make new memories. Jacquie did like her quiet time too and it was during this time she would work on her diamond art pictures. Her most passionate pastime was watching Kyle play baseball and hockey. Jim and Jacquie spent several weekends on the road with baseball and hockey as she was not one to ever miss one of Kyle's games. She was definitely one of Kyle's biggest fans. She was predeceased by her mother, Ilene Dekeyser (VanDaele); grandparents, Rene and Octavie (Vanderwale) Dekeyser and Maurice and Beatrice (Plaisier) VanDaele; mother-in-law, Marlene (McMillan) Harmon; uncles, Floyd VanDaele, Orville VanMckelbergh, Albert Vandendorpe, and Harry Teetaert; aunts, Herta (Dekeyser) Vandendorpe and Hilda (Dekeyser) Teetaert. Jacquie is survived by her husband, Jim; son, Kyle; father, Bill Dekeyser; brother, Tony (Jody) Dekeyser; sisters, Patsy (Ken) Sholdice, Penny (Steve) Colquhoun, and Marcie (Gilbert) Lamouline; sisters-in-law, Tammy (Steve) Dyck and Debbie (Mark) Phythian; father-in-law, Stewart Harmon. A service to celebrate Jacqueline's life will be held at the Melita Legion Hall (Main Street) on Friday, November 25, 2022 at 2:00 p.m. with Kurt Ardron of Redpath Funeral Home officiating. Interment to follow at the Melita Cemetery. You are encouraged to please dress casually. Donations may be directed to the Boissevain Minor Baseball, Box 214, Boissevain, MB. R0K 0E0. To send messages of condolence to the family, please visit: www.redpathfuneralhome.com