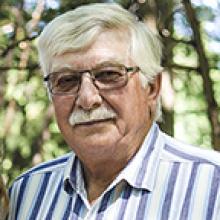 
Hallie, beloved husband, Dad, Afi, brother, uncle, cousin and friend, passed away peacefully at home on November 12, 2022 with family by his side, after a short courageous battle with cancer.
He is survived by Valerie, his loving wife and best friend of 50 years; daughters, Michele (Chris) and Jennifer (Wade) and his grandchildren, Garrett (Amy), Hanna, Hayley, Abbey, Colby, Wyatt and Avah; sisters, Jean and Ellen; brother Carl (Pat); sisters-in-law, Fran, Betty, Doris, Ruby (Joe), Linda (Rick) and Carol; brothers-in-law, Oluf (Wendy), Dennis (Wendy) and many nieces and nephews.
Hallie was predeceased by his parents, Robert and Helga; in-laws Oluf and Louise; brother Bob; brothers-in-law, Clarence, Albert, Brian, Sonny, Ken, Fred and sisters-in-law, Vicki, Janet and Helen.
Hallie was born on March 2, 1949 at the Eriksdale Hospital. He attended Mary Hill School in his early years and Lundar School in his later years. After high school, Hallie took on various jobs in different locations such as BC, Northern Manitoba and locally. He grew up on a dairy farm, and after his father passed away in 1971, Hallie returned to farming with his mother and eventually took over the family farm with Valerie in 1977. Hallie took pride in celebrating the Homestead's 125th anniversary this year.
He loved going to auction sales, hunting with family and friends, buying antique John Deere tractors and fixing them up with his family and friends for the parade, plowing and slow races. He also enjoyed morning coffee with his friends at Chicken Chef and Sunday morning coffee with Einar at the farm.
Hallie had a great sense of humour and loved teasing people, especially his nieces and nephews. His first love was his family. Hallie (Afi) absolutely adored his grandchildren and was so proud of all of them and would travel to Winnipeg any chance he got to watch their activities and cheer them on.


Bless from the Homestead.


The family would like to express a heart-felt thank you to Beryl, Cynthia, Kirsten, Donna and Christine Skakum for all their sincere support, care and compassion, and to all the family, friends and others who stepped up to help Val on the farm during this time. Also to Arnason Funeral Home of John, Karen and Leanne, we thank you.
A Celebration of Life and Memorial Service will be held at 2:00 pm on Tuesday, November 29, 2022 at the Lundar Legion Hall with Leanne Kell officiating. Interment to follow in Lundar Municipal Cemetery.
In lieu of flowers, donations can be made to the CancerCare Manitoba Foundation Inc., 675 McDermot Ave., Room ON 1160, Winnipeg, MB R3E 0V9 or to the Coldwell Community Foundation, PO Box 154, Lundar, MB R0C 1Y0.