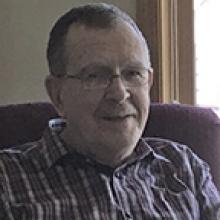 
It is with great sadness that we announce the passing of Allen George Gembey, on October 26, 2022.
Allen was born in Winnipeg on March 12, 1944, to George and Stephanie Gembey. He was the eldest of three children. He grew up and attended school in the Elmwood area of Winnipeg. He maintained many of his friendships from childhood.
Allen met his wife-to-be, Vereta (née Meagher), in 1962, and they were married on April 28, 1967. Vereta went on to have a long career as a Registered Nurse in ICU and Allen completed his Bachelor of Education, becoming a teacher. He taught in Churchill, Thompson, and Blumenort, MB, before teaching at Shaftesbury High School from 1978 until his retirement in 2001.
Allen and Vereta lived in the East Elmwood area for the next 46 years. Allen enjoyed spending time with family and friends, riding his motorcycles, taking road trips, going to the lake and camping with Vereta and their daughters, and watching sports, particularly hockey and football. He was a lifelong fan of the Winnipeg Jets and the Winnipeg Blue Bombers. He was a longtime member and one time Lodge President of the East Kildonan Masonic Temple, and a member of the Scottish Rite and the Shriners. He participated in many fundraising events with these organizations.
Allen was predeceased by his loving wife, Vereta; his parents, George and Stephanie Gembey; his mother and father-in-law Reta and Vernon Meagher; as well as his his paternal uncle and aunt, Harry and Agnes Gembey, and two cousins. He leaves to mourn his loss, his daughters, Bonnie Gembey and Karen Gembey; his sisters, Patricia Bunch and Jacqueline Sutyla; his maternal aunt and uncle, Edward and Gladys Kavalec, his nieces and nephews, and many cousins.
A memorial service will be held for Allen at 11:00 a.m. on Thursday, November 24, 2022, at Voyage Funeral Home, located at 220 Hespeler Avenue in Winnipeg, with reception to follow. A video streaming and recording of the service will be made available after November 21, 2022 for those unable to attend in person - for details please see the Voyage Funeral website. Interment will take place at a later date.
In lieu of flowers, we ask that you please make a donation to the Kidney Foundation of Canada, the Shriner's Hospitals for Children, the Canadian Cancer Society, or to a charitable organization of your choice.