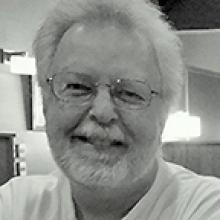 
Michael's family is greatly saddened by his unexpected passing at home.
He is survived by his mother Mavis; brother Bruce (Diana); sisters, Cathy Carsted (Frederick) and Linda Filiatrault; nephews, Ross Courtney-Emberley (Jessica) and David (Kirsten Jordan); and niece Jeanine Filiatrault. He was predeceased by his father Donald.
His working life included Temro Automotive, Bristol Aerospace, and Air Canada/Aveos as a Structures Technician for commercial aircraft repair. Michael was also a dedicated volunteer on the Signage Crew at the Winnipeg Folk Festival for more than twenty years.
Michael had a dry wit and great sense of humour, and his frequent calls to his mother were an important part of her day. A person of many and varied interests, he was much loved, and will be missed. No formal service is planned.
A photo-biography, as well as memories and stories published by those who knew him are available at EthicalDeathCare.com.