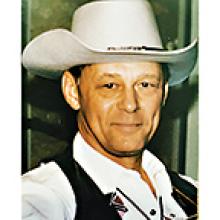 
Robert (Bob, Bobby, Dad) died on the evening of his 59th wedding anniversary, holding the hand of his lifelong love, partner, and best friend, Heather. His was a remarkable life lived.
Robert was the first of three sons born to Eric and Eleanor Bunkowsky. His childhood was difficult, and he did not care to talk about it, but he grew up on the farm and received his formal education in a tiny rural school. As a young man, he delivered groceries in Winnipeg and liked to have fun in fast cars and the company of others.
Bobby fell in love with the good farm girl down the road and married her in 1963. They started their own farm independently from their families as an equal partnership based on mutual respect. They lived three years on the original homestead of Heather's grandparents before settling permanently on the Lea Bank area farmstead that they called home for the remainder of his life (between Rosenort and Brunkild on P.R. 205). On Spectrum Farm, Bobby and Heather produced cereal, oilseed, and legume crops; livestock; dogs and cats; and six children: Angela, Lisa, Heidi, Lorelei, Shannon, and William.
As a producer, Robert was an early adopter of technology and best practices for conservation and sustainability throughout his farming career. New crop diversification, pedigreed seed production, and zero-tillage reflected his desire to innovate and take risks if it could prove valuable in the stewardship of the land, recognizing his role in preserving it for generations to come. As a businessperson, Robert believed in honesty, a fair deal, cooperation, and that good relationships were always more important than money. He shared every farming decision and task with Heather, relying on all the kids to get the work done (later depending on Weldon, David, and Donovan as the kids pursued their own careers). It was a successful enterprise that spawned a new generation of farming in the present day.
Bob was an active member of St. Paul's Lutheran Church in Brunkild, serving several terms on Council. He believed his obligation to serve extended beyond his local community and understood his privilege as a Canadian food producer who could benefit a global community of hungry people. It was a highlight of his life to follow Canadian food aid to Africa and witness its distribution and consumption during famine in the 1980s.
Bobby found his greatest fun and creativity in the making of music. In 1964, he started a dance band, the Polka Partners, which would later expand and morph into Southern Comfort, playing with brothers and friends until the 1970s. A touring church group named Koinonia, comprised of multiple families and talents, would be the springboard for the creation of his own family band, eventually named The Family Spectrum. In the early days, he lined up the kids, teaching songs to sing and later building out the band with instruments for all. He was a talented drummer and gave up his seat behind the kit to Heather when she found playing the guitar too difficult when pregnant. He worked for years to hone his skills on his acoustic guitar but was best known for his memorable singing voice and the songs he wrote. The family's happiest collective memories were constructed on the hundreds of stages, in the touring van, and the hotels and restaurants on the road. Dad put in thousands of hours in the practice studio, behind the wheel, and in front of audiences to share the gift of music with others.
Not all days were diamonds for Dad; there were many metaphorical stones. Like other farmers, he was tested by weather, depressed commodity markets, and his own mental and physical health challenges. A love of life and the promise of a new plan, good naps in the grass, his family, and his faith kept him going.
Dad loved his family the most. He loved his brothers, Brian and Douglas, and forged a lasting bond with them throughout his life by proximity, common occupations, music, and the strong love for each others' families.
He invested time and energy with each of his children, finding interest in our individual passions, teaching skills to last a lifetime, instilling values to guide us, and building our confidence and independence to contribute and find success in our own lives. He welcomed each new addition to the family and shared his love abundantly with our spouses: Russ, Tom, Kal, Brian, Ryan, and Caitlin and the multitude of friends, in-laws, nieces and nephews, cousins, and employees who have been a part of his extended family over the years.
He reserved a special, elevated affection for his grandchildren: Graham (Kristine), Brent (Kristene), Steve (Melody), Brandon (Cleo), Tristan, Rhiannon, and Teagan and his great-grandchildren: Walker, Jocelyn, and Arland. He saw his legacy emerge in these promising young people and held enormous pride in each of their personalities and accomplishments.
No matter how much we loved him, he always insisted that he loved us more. This was his best gift to us and will forever be treasured.
A celebration of Robert's life will be held on Saturday, November 26 at 10:00 a.m. at the St. Paul's Lutheran Church in Brunkild, Manitoba with interment to follow at the Lea Bank Cemetery. A hot lunch will be served at the Brunkild Community Hall, and all are invited to join. The service will be live streamed for those who cannot attend in person.
If you are interested in honouring the memory of Bob with a charitable donation, please consider the Canadian Food Grains Bank. He would love that.