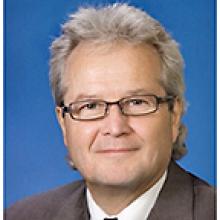 
It is with great sadness that the family of Tom Carson announces his passing on November 16 at age 75 after complications from his neuromuscular disease.
He is survived by his wife Louise, his son Scott (Gisella), his daughter Shannon (Sacha); his three grandchildren, Hazel, Leah and Conor; brother Richard (Bev); nieces, Michelle and Erin (Jim), including their children as well as numerous cousins and other family.
Tom was born in Winnipeg on September 1, 1947 to Gladys and Richard Carson. He attended school briefly in St. James and then attended St. John's Cathedral Boys School where his education extended to snowshoeing and paddling literally thousands of miles across Canada and into the United States. This experience gave him life skills of true leadership, compassion for others and a will not to give up. He got his Arts degree at the University of Manitoba where he became a member of the TKE fraternity and provided music and speakers for many a party. Tom made lifelong friends during these happy years. Tom was a career civil servant with the provincial government and rose to the ranks as Deputy Minister in Culture, Heritage and Recreation, Training and Advanced Education, Health as well as Culture, Heritage and Tourism. He was also appointed as Special Advisor to the Minister of Culture, Heritage and Tourism. This is where he developed his love for Culture and the Arts. Tom's interests and commitment to different organizations and being of service to others led him to sit on a number of boards including Artists in Healthcare Manitoba, the St. Boniface Hospital Board of Directors where he also served as Chair, as well as Chair of his condominium board. Tom was a loyal and enthusiastic fan of the Blue Bombers and the Winnipeg Jets and for several years he sent out a detailed spreadsheet analysis of each Jets game in preparation for the next one. This report went to hundreds of enthusiasts across Canada.
Above all else, Tom was a family man during his life. He never missed one of Scott's hockey games, even if he had to re-arrange meetings. He was equally supportive of dance and piano recitals for Shannon. When he was physically able to, he and Louise took their grandchildren to the movies, the symphony, children's theater and various sports events. Louise later continued and represented him at these events. Tom and Louise built their Lake of the Woods cottage to draw the family together and to create many fond memories. The grandchildren used to count "how many sleeps" until it was lake time. Holidays over the years took the family to France, the UK, Mexico, Hawaii and Brazil. Tom remained connected to his brother Rick over the miles by phone calls and facetime cocktail meetings as well as regular visits to both Winnipeg and the lake. As a husband, Tom was a loving partner who supported Louise in all ways. They would have celebrated their 51st anniversary in December. He never said no to art and jewelry purchases on their many trips abroad.
There will be a private interment for immediate family and in April 2023 a Celebration of Life will be planned with details provided at a later date.
If one so desires, contributions can be made in two ways; with a check mailed to Artists in Healthcare MB, #2-1325 Markham Road, Winnipeg R3T 4J6 or go to: www.canadahelps.org/en and under 'Get Started: Find a Charity', search for 'Artists in Healthcare Manitoba' and follow instructions. Thank you for this.


Until we meet again Tom.


With sadness, the family of Tom Carson announces that he passed away on November 16, 2022 at the age of 75 in hospital in Winnipeg. He will be missed dearly.
A private family interment will take place. The family will be planning a celebration of his life in the new year.
A longer obituary will follow.
Publish Date: Nov 19, 2022