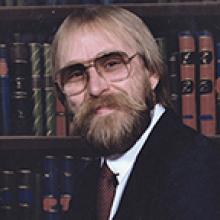 
It is with deep sorrow and much love that we mourn the passing of Donald Allen James (Jim) Gervais after a lengthy battle with cancer, at the age of 71.
He will be remembered by his brothers David (Monique) and Michael (Sarah) both of Ontario, and leaves behind nieces and nephews and their families (Ontario) and cousins Cathy, Elaine and Michael (Winnipeg), and friends.
Jim was predeceased by his parents Joseph and Elizabeth.
Jim was born August 15, 1951 in Rainy River, ON. He attended schools in Fort Frances, followed by two years in the Army after which he relocated to Winnipeg where the majority of his aunts, uncles and cousins resided.
He worked several years in the warehouse at Loblaws, Cabellas and Pratts.
Jim is known for his kindness and witty humour despite his struggles. Passions included watching wrestle-mania, Toronto Maple Leafs and BC Lions, reading, being outdoors, watching a marathon of TV series, movies, and having a rivalry with his friend Al while watching the games. Yearly Boxing Day dinners with his cousins were important to him and he'll be sadly missed.
With great courage and determination Jim battled his cancer the best way he could, and although he accepted the end he thought he had more time. We wish we could have given that to you Jim.
As requested by Jim interment of ashes will take place in Fort Frances, Ontario.
A quiet service with family and friends was held in Jim's honour at his home in Winnipeg with Father Wayne McIntosh giving prayer. Thank you Father.
Special thanks goes out to the staff at Riverview Health Centre for their compassion and care.
Memorial donations may be made in Jim's name to CancerCare Manitoba, 675 McDermot Ave., Winnipeg, MB R3E 0V9 and the Kidney Foundation, 452 Dovercourt Drive, Winnipeg, MB R3Y 1G4.