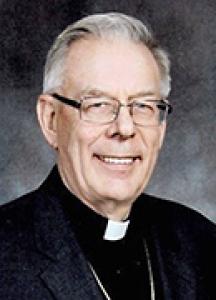 CURTIS: Paul James Curtis passed away at the Brandon Regional Health Centre on Monday, November 14, 2022 at the age of 79 years. Paul will be remembered by his family and friends as a man of principle, a man of deep faith, a man of unending kindness, a man who loved and was dedicated to his family, and a man who was a life-long learner. Paul is survived by the love of his life Jean (née Firby), his daughters Jennifer (Michael) and Sarah (Ian) and grandchildren: Nicholas (Amanda), Jordan, Brynn, and Gemma. Also grieving his death are his sister Janet (Robert) Houston and sister-in-law Zelda Firby and nephews and nieces: Marlin, Mark (Sylvia), Marla (Mike), and Melanie (Reg) and families. Paul was born to Jim and Cecily Curtis on June 19, 1943 in Oxford, England. After his mother's early death, he was raised by Jim and his second wife Pegeen, in and around Banbury. He left home at the age of 17 and joined the British Merchant Navy as a radio officer. It was on one of his journeys that he met Jean and a long-distance, letter-writing romance followed. Upon completion of his duty with the Merchant Navy, Paul followed Jean to Canada where they were married on August 8, 1964. A brief stint working for CN Rail ended when Paul returned to university where he earned both his teaching certificate and a Bachelor's Degree. Following Jennifer's arrival the family moved to Edmonton where Paul obtained his Master's Degree in Geography. The Curtis family then returned to Brandon where Paul worked as both a teacher in the Brandon School Division and as a sessional lecturer at Brandon University. After Sarah's birth, the family returned to Edmonton where Paul completed additional courses towards a PhD. Returning to Brandon, Paul continued first as a teacher and then a principal at several different schools in the Brandon School Division. Paul's friends and family were aware of his deep and abiding faith, and it was no surprise when he pursued a bachelor's degree in theology from Thorneloe University. Always an active member in St. Matthew's Cathedral, he was ordained a Deacon in 1987 and ultimately a priest in 1988. For many years, he served the church as an itinerant priest providing services to communities throughout the diocese. Upon his retirement from teaching in 1999, Paul moved into parish ministry serving the communities of Rivers, Strathclair, and Hamiota where he remained for the next 10 years completing his career as an Archdeacon in the Diocese of Brandon. Paul and Jean returned to Brandon and spent the next few years travelling to England, Malaysia and the United States to visit family and friends and spending time at their beloved cottage at Lake Metigoshe. A special highlight was a family trip to Minneapolis to watch his Minnesota Vikings beat the Green Bay Packers. In addition to working on a variety of Lego and wood models, Paul's and Jean's love of needlework activities filled much of their time (and walls) during the pandemic with travel being restricted to Carberry and Clear Lake. A diagnosis of Primary Progressive Aphasia led to many hours of Paul returning to one of his other loves – music and musicals. Even in the hospital, Paul could be seen directing the music or humming along as he watched or listened to his favourites. Paul had a full and fulfilling life raising his family, learning and teaching, sharing his love of God, spending time with friends and family (especially his grandchildren), travelling, and stitching with Jean. He said his only regret in life was the fact that he suffered from sea-sickness every time he left port. Donations in memory of Paul may be made to The Primate's World Relief and Development Fund, 80 Hayden Street, 3rd Floor, Toronto, ON, M4Y 3G2 or to Westman Aphasia Inc., Unit E, 1300 18th Street, Mailbox 156, Brandon, MB R7A 6X7.

Messages of condolences may be placed at www.brockiedonovan.com.