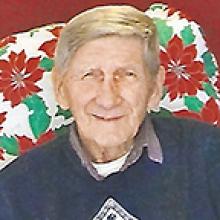 
Blake Wilson James, born February 14, 1928, passed on peacefully at the East Gate Lodge in Beausejour on November 20, 2022.
Blake was preceded by his parents Gordon and Margret Susan (née Small); sister Norma; brothers Leslie and Donald James.
Blake was raised on the family farm in Lydiatt, Manitoba. He left home at an early age for the city lights where he found work as a commercial artist. It was in Winnipeg that he met fellow artist Bill Mason, and together they moved on to Crawley films and later the National Film Board of Canada.
While at the NFB, Blake worked on many projects, some of his own were, Through a Broken Pane, Prairie Album and Wop May. He also worked on films produced and directed by Bill Mason, Rise and Fall of the Great Lakes, Paddle to the Sea, and Death of a Legend, to name but a few.
In 1969 the NFB released the film Blake, Bill's homage to a vagabond of the skies, to popular acclaim, becoming one of the NFB's top viewed productions of all time. It later went on to become an Oscar nominated contender.
Whether it was paddling his red chestnut canoe down remote rivers, or flying his yellow bi-plane over the horizon of unknown adventure, Blake cherished his independence. His quick smile and almost impish approach to life won him friends wherever he went.
Upon retiring Blake returned to the family farm where he pursued his passion for flying, motorcycles and music.
A Service of Remembrance will be held on Monday, November 28, 2022 at 1:30 p.m. at Sobering Funeral Chapel, 1035 Park Avenue, Beausejour, MB. Interment will follow in St. John's Lutheran Cemetery, Lydiatt, MB.