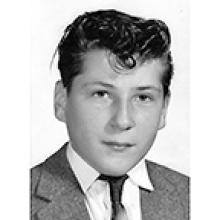 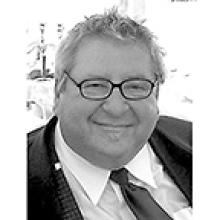 
With heavy hearts we announce the passing of Mitchell Regiec. He died at Health Sciences Centre on November 20, 2022, with family at his side.
Mitch will be lovingly remembered by his children, Tara (Mark) and Zach (Lynne – Allie, Joe). He will be greatly missed by his brother Alex (Marilyn) Regiec, brothers-in-law Larry (Judy), Lloyd (Tracy), Robert (Tanis) Margeson, and Barrie Macdonald. He will be fondly remembered by the joys of his life, his grandchildren, Kaitlin, Em (Grace), Madison, and Hannah. He taught them how to be generous, funny, and kind. Many memories will be cherished by his nieces and nephews and their extended families, those of which he shared advice, laughs and many adventures.
Mitch was predeceased by his wife of almost 49 years, Dawn, and his parents Nick and Alice Regiec, his sister Rose-Marie Macdonald (nee Regiec), parents-in-law Lloyd and Evelyn Margeson, sister-in-law, Daphne Konshuk, all of whom he loved dearly.
Mitch was born in Toronto, Ontario in 1948. His parents owned and operated a popular Polish restaurant called the White Eagle Grill on Queen Street West. In 1961, he moved with his mother and sister to Winnipeg settling in the city's North End. He attended St. John's High School, where he met his sweetheart, Dawn. They were married in 1968 and took the show on the road to Banff, Lake Louise, Calgary, Edmonton, Vancouver, and Claresholm. Mitch trained in the hospitality industry with Canadian Pacific Hotels and later worked in restaurant management for the Husky Tower, The Ranchman's, and the Flying "N" Restaurant. In 1977, Mitch and his young family returned to Winnipeg.
Over 20 years his determination and willful attitude coincided with the drive and pride he took managing St. Boniface Golf Club, Niakwa Country Club and Breezy Bend Country Club. He served proudly as national President of The Canadian Society of Club Managers. In 1996, he and Zach opened SAKE's Noodle House on Corydon Avenue. Shortly after, he and Dawn moved to Nelson, BC where he taught hospitality and club management at Selkirk College. He was a dedicated teacher and mentor and was well liked by his students. He co-authored the first Golf Club Management textbook and took great pride in this. During his career he made many lasting friendships whose memories he cherished. Mitch and Dawn enjoyed fifteen lovely years in Nelson and returned to Winnipeg in 2012 after they retired.
Mitch was greatly loved by his family and friends. His love of music, film, cuisine, travel, and entertainment brought all kinds of people together. He quickly made friends on his annual trips to Cuba where he often could be seen singing with the band. His legendary "Friday Happy Hour" will be missed. He had a strong presence, a heart of gold, was quick-witted and had a great sense of humour.
The family would like to extend a special thank you for the care he received from the staff of the Health Sciences Centre (Units GD4 and WRS5), especially Dr. Trevor Hutchison, Dr. Carolina Araneda, Dr. Kiraninder Lamba, and Dr. Monika Dowhanik. Mitch was cared for with professionalism, kindness, compassion, and dignity. We are grateful for his care.
Donations may be made in Mitch's memory to the Canadian Diabetes Association or a charity of your choice. Cremation with a private family interment has taken place. A celebration of life memorial service with family and friends is being planned for the spring.