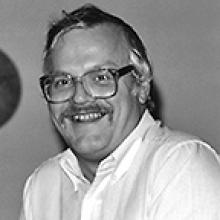 
Maurice Gilbert (Buzz) Currie passed away suddenly on Tuesday, November 22, 2022 at the age of 74. Buzz took ill at his home in Winnipeg, and died peacefully two days later at St. Boniface Hospital. At the time of his death he was surrounded by family.
He is survived by his wife Karen MacDonald, his son Mark (Lea) Currie and grandson Henry, his son Stephen and his daughter Laura. Buzz was predeceased by his father Roy, his mother Mabel, and his eldest son Christopher.
Buzz was born December 2, 1947 at Brandon General Hospital. He was raised on the family farm at Miniota, and attended Miniota Public School before severing his ties to formal education, exiting Brandon College and the University of Winnipeg without a degree in 1970.
His informal education, on the other hand, was just getting started. Buzz tried his hand at many trades: surveyor, Great Lakes sailor, cab driver, mining tech and waiter on the CN line.
Between his many career changes he indulged his curiosity by travelling the world. His wanderlust often outpaced his means; he earned his lifelong nickname after returning from one such trip so emaciated he was spotted circling a popcorn machine like a ravenous buzzard.
Buzz found his calling in journalism, starting as a copy boy at the Winnipeg Tribune in 1970. He had worked his way up to feature's editor when the Tribune folded in 1980. Buzz then helped to launch the Winnipeg Sun and steered the paper through its early years as managing editor. He joined the Free Press in 1985 and worked there until his retirement in 2012. Buzz made his mark at the Freep on the city desk, as the features editor and as an author or editor of four books about Manitoban history and culture. But he is best remembered for his time as sports editor and for his collaborations with many talented reporters.
In 1972 Buzz married Darlene Lazenby. Their son Christopher was born in 1976, and their son Mark was born in 1979. Buzz and Darlene were divorced in 1980.
In 1985 Buzz married Karen Macdonald. Their son Stephen was born in 1988, and their daughter Laura was born in 1990.
Buzz was a larger-than-life personality who nonetheless took pleasure in life's simplest joys. A well made meal, a well written book, a silly joke or a pleasant stroll always set him grinning. We will miss him most this Christmas, where his love of family, feasting, giving and egg-nog would have him in top form.
A consummate family man, Buzz's passions soon became his children's. Buzz introduced the four of them to camping, canoeing, sports, literature, cooking, cursing, and a uniquely Currie brand of puerile humour. Buzz was as much a best friend as he was a dad. Among his progeny he was never short on dinner guests, shopping companions, couch mates for game night or wisecrackers sharing a drink.
Late in life Buzz's great joy was watching Henry grow up. More often than not he'd be sprawled out on the floor alongside his insatiably curious grandson, a story book in one hand and Lego piece in the other. According to at least one coffee mug he was the world's best GrandBuzz.
A celebration of Buzz's life will be held Sunday, November 27 from 2:00 p.m. to 4:00 p.m. at the Norwood Hotel at 112 Marion Street in Winnipeg. The family encourages those attending to wear a mask for the ceremony.
The ceremony will be broadcast over Zoom. For those unable to attend in person, please reach out to the family for a link to the broadcast.
In lieu of flowers, the family requests that donations in Buzz's memory be made to Red River College's Creative Communications program, where they will support the tuition of the next generation of journalism majors. (RRC can be reached at 431-337-9449 or by mail at C-306-2055 Notre Dame Ave., Winnipeg, MB, R3H 0J9.)