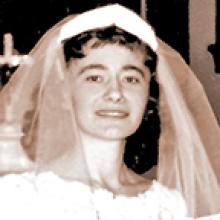 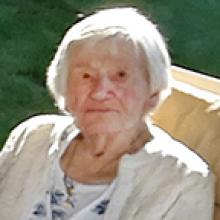 
The family of Katharina Brosi (nee Oster) of Winnipeg is deeply saddened to announce her sudden passing on December 1, 2022, at the age of 87.
Katharina was born on a small farm in the former Yugoslavia on March 25, 1935. Her family was forced to flee their home at the end of the Second World War, eventually resettling in their ancestral hometown of Hechingen, West Germany. She immigrated to Canada in 1957, joining her older sister Liesel in Winnipeg. She worked as a sewing machine operator. Paid by the piece, she was deservedly proud of her speed and accuracy.
She met Richard at a German Society dance, and they married in 1958. After the birth of her first son, she devoted herself to family, home, and her beloved garden (a perfect hobby for her - because she was also an excellent cook). She spent her free time knitting, crocheting, assembling massive jigsaw puzzles, and reading stacks of romance novels. Summer weekends were spent with the family at Camp Neustadt on Lake Winnipeg.
Later in life, Katharina battled cancer - and defeated it. Sadly, she lost her eldest son Robert to the disease in 2019.
Katharina is survived by her husband of 64 years, Richard; her two surviving sons, Randolf "Randy" and Richard Junior "Ricky"; her daughter-in-law Marjorie; grandson Robert Junior "Robbie" and his partner Crystal Phillips; great-grandchildren, Jenna and James; younger sisters, Hilde and Christel; and her many nieces and nephews.
As per Katharina's wishes, there will be no funeral service held.
In lieu of flowers, donations may be made to CancerCare Manitoba in her son Robert's honour, or to a charity of your choice.