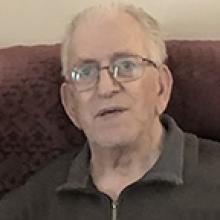 
It is with great sadness and heavy hearts that the family of Raymond Allen announce his peaceful passing on December 27, 2022 surrounded by love at Misericordia Heath Centre in Winnipeg, Manitoba.
Raymond Allen was predeceased by his loving wife of 67 years, Marion, and is survived by sons, Robert (Susan), Ted (Kathi), Leonard, Thane (Patti), David and his daughter Rowena Slater (Derrick). He also leaves behind 15 grandchildren and eight great-grandchildren which brought him great joy along with many nieces and nephews. He will be missed.
Raymond was born in Kyle, Saskatchewan and was the oldest son of Alfred and Irene Allen. His love for planes led him into the RCAF in Greenwood where he met Marion Bradford in 1954 and on May 6th of 1955, he married the love of his life. After leaving the service and attending advanced schooling, they moved to Winnipeg with their six children in 1964. He spent the majority of his work life as an Electronic Technician before retiring from NICS. Ray and Marion loved spending time outdoors. They greatly enjoyed time spent at their seasonal camp sites at Birds Hill Camp grounds. In their latter years they could be found walking or scootering through the gardens at Assiniboine Park and along the river.
The family thanks the staff of the 6th Misericordia Health Unit that made it possible to make his last weeks happy and pain free.
We are respecting his final wishes not to have a funeral service.