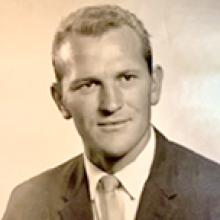 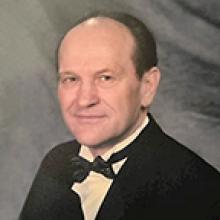 
It is with heavy hearts we announce the sudden passing of Jozef "Joe" Zmavc on Wednesday, December 28, 2022, at 82 years of age.
Joe leaves to mourn his beloved wife Vida of 61 years; his children, Robert (Florette), Andrej, Natalija (Alan); granddaughters, Stephanie (Connor), Katrina, and Rori; siblings, Franc, Neza, Maria ("Mica"); cousins, nieces, and nephews in Slovenija, British Columbia, and Ontario. He was predeceased by his parents Jozef and Jozefa, his sister Olga, and his brother Rudi.
Joe was born in Ljubno, Slovenija on January 17, 1940. He later obtained his Master/Meister certification in carpentry and cabinet making and graduated with journeyman's papers in 1957. He volunteered with the local alpine rescue team and enjoyed ski jumping, which he also continued across Canada.
In 1958, he immigrated to Canada where he recertified as a carpenter and first worked in a furniture factory, then on the Grand Rapids Hydro Generating Station and next with Acme Sash & Door where he crafted windows and doors. In 1964, he started up as a general contractor specializing in custom woodwork, which he continued until his retirement. Joe built many custom homes and other structures across southern Manitoba, the Interlake, and the Lake of the Woods. His woodwork can be found in many places, including churches, museums, and for many customers that wanted custom-designed, specialized woodworking.
He was an incredibly hard-working person with little leisure. But, in addition to his strong work ethic, Joe also carried an equally strong set of family values. Any time away from work was spent on ski trips with his family or hunting, fishing, and boating with family and friends. He loved the outdoors and went on many excursions with his friends Bill, Tony, Joe, and Bob - trips that could take months to plan. Anyone who knew him enjoyed his recounting of these adventures and experiences.
After his retirement, he enjoyed the outdoors with his son Andrej and friend Richard. He had a deep respect for all animals, and they were drawn to him. He enjoyed picking mushrooms with his friend Jerry and berries with his wife Vida and many other friends. Joe also enjoyed his outings with their neighbours and friends from Manitoba. He volunteered with various organizations, including 16 years with the Citizens on Patrol Program (COPP) in St. Andrews. Joe's insightfulness and wisdom was often a guide to many people, not just family.
The family would like to thank the emergency response units that assisted in his final hours, including the EMS, St. Andrews Fire Department, the local RCMP, and District First Call. They would also like to thank the staff at the Heart Failure Clinic for their excellent medical care and diagnostic expertise.
A celebration of his life will take place on Thursday, January 5, 2023, at 2:00 p.m. at Glen Eden Funeral Home & Cemetery, 4477 Main Street, West St. Paul. Father Diosdado Parrenas will be officiating the service.
In lieu of flowers, donations in Joe's name may be made to the Heart Failure Clinic, Y3014 - 409 Taché Avenue, Winnipeg, MB R2H 2A6.