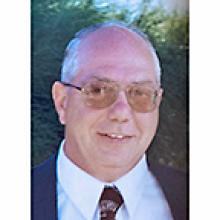 
It is with heartfelt sadness that we announce the passing on December 30, 2022 of Brian Lawrence Murphy, loving husband to Carolynne and devoted father of three, at the age of 78 years.
Brian was born February 25, 1944 in Halifax, Nova Scotia to Mafalda and Lawrence Murphy. Brian grew up in Pine Falls Manitoba on the family farm and moved to Winnipeg in 1965. He worked at Birchwood Motors for several years, then moved to Air Canada before retiring in 2006.
On May 27, 1967 he married Carolynne Morton, they raised two sons, Trevor and Shaun and daughter Lisa.
Brian will always be remembered for his humble personality. He was a warm, generous, kindhearted man. Always willing to take the time to offer his assistance, whatever the challenge, problem or question might be, right until the end. His helpful endearing nature will be missed greatly.
Brian was preceded in death by his father Lawrence, mother Mafalda, son Shaun, and brothers, Rocco and Robert. He is survived by his wife Carolynne, son Trevor (Kathy), daughter Lisa (Trevor), daughter-in-law (Llesa Joy); grand-children, Jamie and Ben, as well as many extended family members and friends.
At Brian's request, cremation has taken place and no formal service will be held. We will gather together in the summer to celebrate his life.
Thanks to the WFPS for their compassionate care.