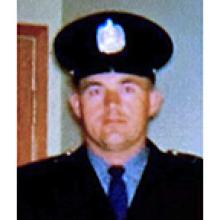 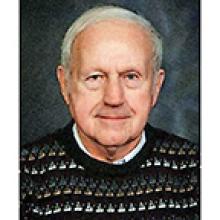 
It is with deep sadness we announce the passing of our beloved father, grandfather and great-grandfather on January 2, 2023 at the age of 89.
Elmer will be lovingly remembered by his son, Greg (Anne) and daughter, Lynn (Mark); grandchildren, Courtney (Scott), Tyler (Adrienne), Derek (Lauren), and Jenna (Sam); great-grandchildren, Theoren, Alexander, Dane, and Connor. He also leaves behind his siblings, Hazel, twin brother Roy, Shirley (Elmer), and Elaine (John); and the Mazinke families.
He was predeceased by his beloved wife of 49 years, Irene; his parents, Stephen and Elizabeth Blanchard; sister-in-law Jean Blanchard; and brother-in-law Al Skelton.
Elmer was born in Grand Prairie, Alberta on July 2, 1933. In the fall of 1933, the Blanchard family re-located to Miami, Manitoba. In the mid 1950's, he moved to Winnipeg and started working at Safeway in the produce department. He met his wife Irene while participating in square dancing, and she frequently shopped at Safeway as an excuse to see Elmer. They were married on June 8, 1957, and shortly after moved into their forever home on Doran Bay.
On February 2, 1959, Elmer enlisted with the St. James Police department and went on to provide 31 years of dedicated service to the Winnipeg Police department. He held various positions over his career including Constable, Detective, and Sergeant responsible for heading up the fraud division. Following his retirement on October 6, 1990, Elmer was proud to be featured in a full-page Winnipeg Free Press article highlighting his tenure in the fraud division. Another career highlight was being involved in the recovery of a stolen gold shipment at the Winnipeg Airport, in one of the largest attempted gold heists in Canadian history.
Elmer's family was his passion and utmost priority. As a family, Elmer and Irene took their kids on memorable road trips with their tent trailer, and proudly supported the kids in their activities. Elmer and Irene were inseparable following their retirement. They travelled together as part of senior tour groups with destinations throughout Canada, USA, and Europe. They were fortunate to spend a lot of time babysitting their grandkids after school, taking them to see the ducks, and famously making them pancakes for dinner. Elmer was a long-time member of the Assiniboine Memorial Curling Club and played fastball in the Crestview Men's League. Handy with woodworking, he built his grandchildren a toy doll house, barn, and grain elevator that still remain in the family to date. He took pride in being a good neighbour and would often be found selflessly looking after other's yard work and snow clearing. Elmer enjoyed many cups of coffee and friendship with the Unicity Coffee Group and will be missed dearly by all his friends.
The family would like to thank the staff at Extendicare Oakview Place, and Sturgeon Creek I Assisted Living, for all the care and support provided during the time of his residence. We would also like to express our appreciation to all who have been a source of support and comfort during this difficult time.
In lieu of flowers, donations may be made to Parkinson Canada, or the St. James Lutheran Church, 871 Cavalier Dr., R2Y 1C7.
A private family funeral service will be held, with interment at Chapel Lawn Funeral Home & Cemetery.