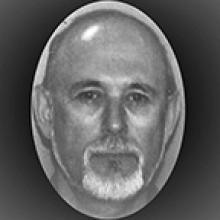 
After a long stay at Concordia Hospital, Gordon Robert Furst passed peacefully away with his wife of 60 years and niece Tracy by his side.
Gordon is survived by his wife Donna, many nieces, nephews and friends. Gordon was predeceased by his parents, Robert and Florence Furst; his brothers, Norman in infancy, and Ervin; his sister-in-law Marg; sister Sandra, brother-in-law Allan and niece Debbie.
Gordon was born in Greenwald, MB on March 3, 1937; he graduated from Gordon Bell in 1956. He worked for a short time at CN Rail, then he worked at Winnipeg WaterWorks. In 1963, he began working at Stony Mountain Penitentiary as an accountant and then worked S.M.O until his retirement in January of 1995.
He loved touring around Manitoba in his camper truck, but decided he wanted something more permanent so Booster Lake became home for many, happy years. He loved fishing, boating, and snowmobiling, plus he made many friends, including with the red foxes, which he enjoyed.
A Celebration of Life will be held on Friday, January 20, 2023 at 2:00 p.m. at Glen Eden Funeral Home, 4477 Main Street, West St. Paul, MB.
In lieu of flowers donations may be made to Wildlife Haven Centre, P.O. Box 165, Ile des Chenes, MB, R0A 0T0.