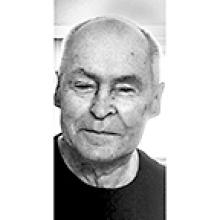 
We are saddened to announce the passing of Donald George Michael Baniuk on January 7, 2023 while his wife of 51 years Linda was by his side.
In addition to his wife, Don leaves to mourn his passing, his son Keith (Brenda), along with their children, Kevin and Maegan. Also left to survive are his siblings, Gloria (Robert), Gladys (Marvin) and Wayne (Judy) as well as his nieces and nephews. He was predeceased by his parents, Michael and Lucy, and his brother Richard.
Don enjoyed spending time with the love of his life Linda; they loved to go for "cruises" to wherever the destination of choice was that day. Don also enjoyed listening to his favourite tunes, talking about cars, and more recently spending time on the balcony enjoying the warm weather whenever he could.
Don was an amazing grandpa; the joy was evident on his face whenever the grandkids were around, his name simply became Grandpa. Whether watching SpongeBob with his grandson or cuddling "stuffies" with his granddaughter he could be counted on to be there for them whenever they needed him.
In fact, if anyone needed anything and Don could help, he would. Also, he was a great listener and always had a story or two on how he navigated challenges in his life that might be of help to others on their journeys.


Grandpa, we will forever miss you and hope you're somewhere driving a '56 Chevy, cruising with "Uncle" Al, having some Robin's donuts, enjoying a refreshment while listening to some Elvis,
Roy Orbison, and Johnny Cash.


We'd like to thank the staff at Concordia Hospital for their care over the past month.
As per Donald's wishes there will not be a funeral or remembrance service.