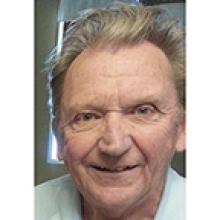 
It is with heartfelt sadness that the family announces the passing of Robert David Beesley. Robert died peacefully in Winnipeg on January 17, 2023.
He was predeceased by his two siblings, Mildred (Jack) and Al. Robert is survived by his love, Frances and their four children, Cassie, Colleen (Ernie), Dave (Connie), Don (Deb), their nine grandchildren, and three great-grandchildren.
Robert was born in Winnipeg on October 4, 1935 to Alice and Alfred Beesley. On July 5, 1958 he married his sweetheart Frances and together they welcomed four beautiful children. He worked as a CPA for Manitoba Hydro for 30+ years. He was a devoted member of the Optimist Club of Assiniboia for several years. Robert and Frances resided on Doran Bay in the Crestview neighbourhood for many decades, then spent a glorious retirement in Parker Cove, BC.
Robert was an avid globetrotter and enjoyed many vacations to Zimbabwe, their European River Cruises, and touring castles in Scotland.
A private funeral service will take place in Winnipeg. His family would like to thank the staff of St. Boniface Palliative Care for ensuring his final days were comfortable.
In lieu of flowers, donations may be made to CancerCare Manitoba in his name. Make a donation to