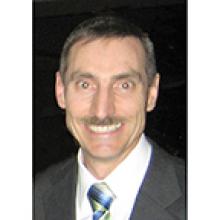 
Bill, beloved husband, brother, and father, died peacefully at the St. Boniface Hospital Palliative Care Unit on January 14, 2023 from complications of PSP (Progressive Supranuclear Palsy). Despite changes he experienced during his illness journey, his kind and gentle manner was unwavering to the end.
Bill was born August 3, 1951 in Kenora, Ontario to Larry and Julianna (Toole), the sixth of eight children. He went straight from the hospital to "camp" on Johnson Island where he spent part of every summer of his life. Time spent with family on Lake of the Woods was truly cherished and treasured.
Bill grew up in Kenora where he excelled academically, was a Queen's Scout, and played many sports including golf, baseball, and hockey. He was passionate about hockey and played for the Tuxedo Colts Oldtimers for many years.
Bill graduated from the University of Toronto with a Bachelor of Science degree in 1972 and became a chartered accountant in 1979. He spent many of his employed years working for Brooks Equipment Ltd. and more recently as a comptroller at Acme Welding & Supply Ltd. until his retirement in June 2022.
Bill was married to the love of his life, Janet Chisholm, in Winnipeg in 1975. They settled and raised their family in Charleswood. Bill was a long-time member of the Charleswood Rotary Club and was a faithful member of St. Mary Anglican Church.
Bill is survived by his wife Janet; daughter Diane (Dave Nichol); son Eric; grandchildren Greyson and Lacey; siblings Larry (Lyn), Eleanor (Bill Kyle), Mary Pat (Rob Dickson), Honey (Tony Jones), Kevin (Deborah); sisters-in-law Sue Johnson, Barbie Chisholm, Joan Chisholm (Jeff Yee); and many nephews and nieces. He was predeceased by his parents and brothers Paul and Terry.
The family would like to thank the amazing staff involved in Bill's care at St. Boniface Hospital as well as his family physician Dr. Jonathan Elkin.
A Celebration of Life will be held on Saturday, January 28, 2023 at 11:00 a.m. at St. Mary Anglican Church, 3830 Roblin Blvd.
In lieu of flowers, donations may be made to RCCCF Inc (Rotary Club of Charleswood Charitable Foundation) or a charity of your choice.