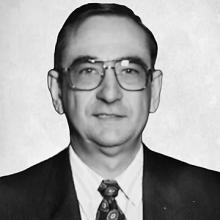 Walter Joseph Batlowski of Brandon, Manitoba, died peacefully at Fairview Home at the age of 81 years on December 19th, 2022 with family by his side. “Wally” grew up in the North End of Winnipeg, attended Sisler High, enjoyed playing lacrosse and hockey with the St. Boniface Braves, and shared many good times with family and close friends, Roman Odwazny and Paul Humniski. Many memories were made around the kitchen table at the family home on Dufferin Avenue while feasting on his mother’s delicious, home-made pyrohy, pyrizhky, borscht, kielbasa, corned beef on rye from the local butcher shop, and Jeanne’s cakes for birthday celebrations.
Having a strong belief in the value of a good education, Wally put himself through school, working as an orderly at Selkirk Mental Health Centre and at Eaton’s in downtown Winnipeg. During high school, Wally met the love of his life, Freda. They were life partners for 65 years (married for 58). After high school, Wally attended St. Paul’s College and The University of Manitoba where he graduated with a Bachelor of Science Degree in 1964, and a Bachelor of Science in Pharmacy Degree in 1968.
Wally and Freda welcomed the addition of their daughters Cheryl in 1966, and Charlene in 1971. The family moved to Brandon after graduation, where Wally started his career as a Pharmacist and connected with a great group of similar minded entrepreneurs, who co-founded Super Thrifty Drugs Canada Ltd. This ever-expanding chain of stores continues to thrive and uphold the values of the original partners: John Allen, Greg Skura, Joss March, Tom Busch, Bryan Shaw, Dennis McMahon, and Wally. Wally was passionate about his work, had a strong work ethic and went out of his way to meet the needs of his customers and employees, relating to each of them in a personal way. Both Wally and Freda were active in the community and were Past Presidents of the Kinsmen and Kinette Clubs of Brandon, where they developed many friendships.
Although his physical stature was at times intimidating, he was a big teddy bear with a great sense of humour. His kids were thrilled with a much younger Wally dressed up in a plastic Santa suit, sneaking around the house and making a commotion on Christmas Eve. It was not unusual for his daughters to find “dust me” or “clean me” notes around the house. Wally was a CB Radio enthusiast and was known by the handle “The Polish Prince.” Other pastimes included: fishing, golfing, bowling, reading, spending time at the family’s Oak Lake Beach cottage, relaxing at home after a long day of “saving lives,” where he would catch up on local and worldly matters and sports, do crossword puzzles, and unwind with Freda, who always had home cooked meals waiting for him.
During his recovery from a car accident in his mid-40’s, Wally was treated by Chiropractor Dr. Allan Martin, who was influential in Wally’s decision to re-evaluate his career choice. Always looking for new challenges and opportunities, Wally moved to Toronto where he studied Chiropractics at CMCC (Canadian Memorial Chiropractic College) for 2 years, until new opportunities presented themselves. Never giving up his love of Pharmacy, Wally completed the required training and entered the Canadian Armed Forces as Base Pharmacist at CFB Shilo, and in 1986 moved with Freda and Charlene to CFB Cold Lake, Alberta where Wally worked as a Hospital Pharmacist. In 1989, the family moved to Calgary, Alberta where Wally worked at the CFB Calgary Base Supply Depot and developed an interest in painting nature scenes.
Wally retired from the military in 1991, moved back to Winnipeg with Freda to be closer to family and worked as a Pharmacist with Shopper’s Drug Mart on Main Street. They later returned to Brandon where Wally assumed the role of Pharmacist/Manager/Associate at Shopper’s Drug Mart in the Brandon Gallery and then at the 18th Street and College Avenue location. Unfortunately, the stress of the job contributed to a mental health crisis and Wally was forced to end his career and retire in 2002 at the age of 60. Freda and Cheryl were Wally’s main supports and caregivers until his dementia progressed to the point where he required 24-hour care and could no longer be safely managed at home.
Wally is survived by relatives and extended family in Manitoba, Saskatchewan, Alberta, BC, Ontario and California. He leaves behind his beloved wife Freda, daughters Cheryl and Charlene (Paul), grandchildren Devan, Bryce, Sydney, Justin and Camryn, sister-in-law Ardith (Eugene), brother-in-law John, nieces and nephews Carla (Ken), Nicole (Todd), Kyllan, Trenton, Julie, Dwight, Debbie, Dennis (Allison), and Darrel. Wally was predeceased by his father Sebastian (Sam), mother Julia, father and mother-in-law Harvey and Violet, brother and sister-in-law Edward (Eddy) and Phyllis, brother Theodore (Ted), sister and brother-in-law Irene and Vern.
The family wishes to thank everyone who helped care for Wally over the years, including Drs. Blythe, McIntyre, Lint and Vipul, the staff at Fairview Home 1st and 5th floors and the Day Program, staff at the Centre for Geriatric Psychiatry (CGP) at Brandon Regional Health Centre, and Father James at St. Augustine of Canterbury Roman Catholic Church for visiting Walter the morning of his death. The family is grateful for the messages of condolence and support, and for the kindness shown by Michelle and the staff at Brockie Donovan Funeral Home.
A private family service will take place at a later date. In lieu of flowers, donations can be made in memory of Wally to the Alzheimer’s Society of Manitoba, 457-9th Street, Brandon, MB, R7A 1K2, the Canadian Mental Health Association, 930 Portage Avenue, Winnipeg, MB, R3G 0P8, or to a charity of your choice.