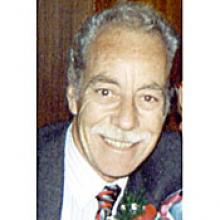 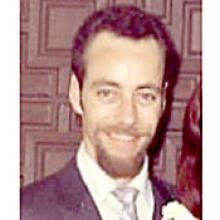 JIM COGHILL With great courage and grace, surrounded by the love of his family, Jim left us on March 26, 2005. Jim is survived by his beloved wife, Rosalie; son Cade (Miki); daughter Kim; brother Jack (Irene) and family; and cousin Gwen McArthur and family. He was predeceased by his father John Robert (Jock), a noted Police Officer, founder and 1st Pipe Major of the Winnipeg Police Pipe Band; his mother Marjorie (nee Small); and his brother George. Born August 27, 1935, Jim was raised in the North End, and attended Faraday and Isaac Newton Schools. He then worked at CN Telegraphs, where he made many lasting friendships. 'Cog' began his radio career in the '50s at CFOB in Fort Frances, where he spent many happy years. In the '60s he joined CKRC in Winnipeg, and then CKY, where his smooth sound made him their unforgettable 'Man About Midnight'. Jim married Rosalie, the love of his life, in 1969. He always said she was the best thing that ever happened to him and she felt exactly the same about him. They shared 35 and a half wonderful years, raising their family and enjoying life. In the '70s, Jim moved to CJOB. For 17 years his sultry baritone charmed listeners with 'The Night Owl', 'Midnight Blue', and 'Cog and All That Jazz'. The last eight years found Jim spinning the tunes on his popular 'Cog's Corner' at CHNR. Jim had a long relationship with the Winnipeg Press Club and Beer & Skits. He was also involved with the Eric & Jack Wells Foundation, Children's Aid, Schmockey, Age & Opportunity, Newsmens' Bonspiels, and many baseball and curling leagues. Jim loved his family, and was always there for them. He was a true gentleman and considerate of others. As people heard about his brave battle, Jim was overwhelmed by an outpouring of heartfelt sentiments. Thanks to everyone who called or wrote to express support. Special thanks to Dr. Daeninck along with the fantastic staff at St. Boniface Palliative Care, the Pain Clinic and Cancer Care Manitoba. Finally, to our small band of fabulous friends who rallied around us: Bless you all for the support and comfort you gave us. How different this journey would have been without you. A celebration of Jim's life will be held at 2:00 p.m. Saturday, April 2 at the Winnipeg Press Club, Ramada Marlborough Hotel, 331 Smith St. In lieu of flowers, donations may be made to St. Boniface Hospital & Research Foundation (Palliative Care), 409 Tache Ave., Winnipeg, MB R2H 2A6. 'Till next we meet, Darlin'. Love you madly.'