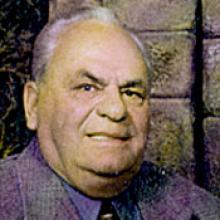 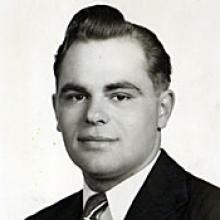 ROLAND YVES ALLARD April 18, 1927 - April 17, 2005 Peacefully on Sunday, April 17, 2005, surrounded by his loving family, Roland passed away at the age of 77 years. Roland leaves to mourn his passing his beloved wife Claire (nee Girard); children, Gisele Gauthier (friend Robert), Cyril, Lynne Shirtliff (Kelvin), Sylvio (Cindy), Patsy Fossay (Grant), Bertrand (Heather); grandchildren, Guy Gauthier (Denise), Paul Gauthier (Brigitte), Sara Korosil (Kevin), Chad and Gavin Shirtliff, Caroline and Justine Allard, Jason and Dayna Fossay, Holly and Brooke Allard; great-grandchildren, Kimberly, Krystal, Kayden, Kailey, Devon, Taelor, Rilan, Chloe, Natasha, Seth and Danika. Roland will also be missed by his siblings, Lucille Montplaisir (Robert), Yvette Montplaisir (Don), Jeannine Caron (Robert), Gertrude St. Amant (Denis), Andre Allard (Sylvia), Anita Andersen, Angela Fontaine (Lucien); sister-in-law Monique Allard as well as numerous other brother and sisters-in-law and nieces and nephews. Roland was predeceased by his parents, Raoul in 1972 and Bertha (nee Moreau) in 1992; infant son Gerald in 1953; son-in-law Gilbert Gauthier in 1999; brothers, Maurice in 1997 and Fernand in 1999; and Fernand's wife Jeannette in 1987. Dad was born and raised in the Baie St. Paul area where he grew up on the Allard family farm, the oldest of ten children. In the early years after marrying Claire Girard of Elie in 1949, they remained in the area to raise their family and continue farming before moving to Elie in 1972. During this time Dad joined on with Versatile Manufacturing where he worked for 22 years until his retirement in 1992. In Dad's retirement years, he worked for Wilf's Elie Ford shuttling vehicles around, which he thoroughly enjoyed since it gave him the opportunity to keep busy and meet many new people. Dad will also be remembered by many as Santa Claus for 13 years at Polo Park. Dad, who was a devoutly faithful man was also actively involved with the Knights of Columbus and as well served on various committees throughout the years. Dad was a humble, generous and hard-working man who was always willing to lend a hand and offer support. His friendly, humourous and outgoing nature won him many friends and acquaintances over the years and he will be greatly missed. Private family viewing will be held with cremation to follow. Prayers will be held on Friday, April 22 at 1:30 p.m. followed by funeral mass at 2:00 p.m. at St. Eustache Roman Catholic Church, St. Eustache, MB with Fr. Albert Lafreniere presiding. Interment to follow. The family would like to extend their heartfelt gratitude to Dr. Phillip and the caring staff in the MICU at St. Boniface General Hospital. In lieu of flowers, donations can be made to the Heart and Stroke Foundation, 200-6 Donald St., Winnipeg, MB R3L 0K6. Dad / Pepere WE'LL LOVE YOU FOREVER Arrangements entrusted to LeClaire Brothers775-2220