For more than 60 years, a visit to Rocky’s meant a flawless trim, lively conversation, jokes no one understood and, possibly, an adult beverage… no matter what the clock said

If you’re a guy and have lived in Winnipeg for any of the last six-plus decades, there’s an excellent chance you’ve had your hair cut by Rocky.

The odds are also very good you weren’t aware his last name was Curatolo because the Pembina Highway institution was one of those rare people who was so well known, he needed only one name. You know, like Pelé, Madonna, Cher, Plato and Elvis.

Politicians, doctors, lawyers, businessmen, journalists, hospital patients and little kids all sat in the well-worn chair at Rocky’s Hairstyling. Rocky was your first call to get straight-razor shaves for the groomsmen on your wedding day, for your first haircut not done by your mom or to return your pandemic mop top back to normal.

There are no official records, but Lauri Alto may have been Rocky’s longest-running client. The Winnipeg pediatrician remembers meeting him for the first time as an eight-year-old — that was 60 years ago. Since then, he has seen Rocky cut the hair for five generations of his family at four different locations on Pembina.

“I would walk to his shop just off Oakenwald and say, ‘Don’t cut it too short.’ Rocky would nod but my mother would have already called and he’d shave my brothers and me down to the bark. That’s how we got our summer haircuts,” he says. Alto is quick to note the copies of Playboy magazine that used to grace the waiting area years ago may have been an extra incentive to visit the shop.

At Rocky’s 80th birthday party four years ago, Alto was asked to give a short speech. He joked about the fact that even though Rocky had been in Canada more than a half-century, his English was far from perfect. And though he had no shortage of jokes, his delivery left something to be desired.

“He was the worst joke-teller. He’d be laughing as he told it and the punch line would come and I’d say, ‘I have no idea what you said for the last two minutes!’” he says.

Rocky was never short on opinions and he loved to regale his customers with his musings on politics and the performance of the Winnipeg Jets, both recently, and dating back to the team’s 1970s WHA days.

Rocky and his identical twin brother, Onofrio, were born in Quaglietta, Italy, in 1938. He completed his barber apprenticeship at age 18 and he met the love of his life, Rosaria, three years later. They were separated for two years when the Curatolo family embarked on a new journey to Canada in 1960. Rocky quickly received his barber licence and, as he had promised, returned to Italy in 1962 to marry Rosaria. They settled in Winnipeg to raise their family.

Rocky took great pride in being a Canadian but he never lost his love for Italy, returning there often to visit family and friends.

“He devoted his whole life to making life easier for us,” says daughter Gina. “Status didn’t matter. It was about being kind, generous and loving what you do. There were no limitations, anything was possible. That’s what he instilled in us.

“As an immigrant family, it wasn’t always easy but my parents made every effort to make us feel Canadian and involved us in every Canadian activity, like Brownies and speed skating.”

Despite spending his working hours amid a sea of testosterone, it was quite the opposite at home, where he was often outnumbered by his wife and three daughters. When it had become obvious that he had been outvoted or lost yet another debate, he could be heard muttering to himself.

Rocky was 84 when he died last month after a recent cancer diagnosis. He is survived by his wife of 60 years, Rose; his daughters Gina, Marisa (Michael Johnson) and Silvana (Mark Hanson); grandchildren Ryan, Evan, Nicholas, Haley and Julia; and youngest brother Vince. He was predeceased by Onofrio last February.

Bob Pastrick, who was a regular at Rocky’s for more than two decades, remembers not everybody in the shop was there for a trim. Some people dropped in to participate in the lively conversation or to have a cup of coffee or a glass of Rocky’s homemade wine.

“We all felt like family with him. It was so enjoyable going there and meeting all the people who went to his shop. He’d give advice on everything from your relationship to politics to finance. That was Rocky. Stories would go off on different tangents. He’d answer the phone while cutting your hair and still be talking to you and the people sitting in his shop. And you’d wonder, ‘Is the left side going to be shorter than the right side?’ But it never was,” Pastrick says, adding you always knew it was spring when you saw tomato and pepper seedlings sprouting in Rocky’s front window.

Donny Friesen, a Rocky regular for more than 50 years, remembers a couple of other barbers working for Rocky in the early days. Even though there would be somebody in his chair, he never hesitated to weigh in on what they were doing.

“He was always supervising their cuts. Nothing was good enough for Rocky. You could tell him whatever you wanted to tell him about how you wanted your hair cut but he was going to cut it the way he wanted to. And it was a great haircut,” he says.

Friesen liked to drop in for a glass of wine, too.

“There was an open bar at all times. One day I tried to repay him with some nice Italian wine. The next time I came to see him he told me it was (plonk) and he had filled up the bottle I had given him with his homemade wine, sealed with a Perrier screw-top,” he says.

“His wine was better.”

One year, Friesen bought Rocky a bottle of sambuca, an Italian liqueur, for his birthday.

“I was in there for a haircut at 10 in the morning and he asked me if I wanted a drink. I said, ‘No thanks” but he said, ‘Oh, come on!’ He poured me a Frangelico-and-sambuca mixture. Who thinks of this? I was half-snapped going home at 10:30 in the morning,” he says.

In an ironic twist, the man known for cutting countless heads of hair over his life wore a hairpiece. He never tried to hide it, though. In fact, one of his favourite party tricks was to celebrate a great story or joke by taking a deep bow, causing his hairpiece to flip over.

He also made hairpieces for clients.

Gina got to experience her dad’s work environment as a seven year old when she convinced him to let her wash clients’ hair to earn a little spending money.

“I was shell-shocked by all of the activity. I thought, ‘Is this a three-ring circus going on around me?’ I was in awe that all of this could take place. Later on, I understood what it really represented — a place of storytelling, a place of generosity and a place of giving of time and service to people,” she says.

Even though his shop was closed Sundays and Mondays, that didn’t mean Rocky didn’t have a pair of scissors in his hands on his days off. He often visited clients in hospitals to help them look their best. Sometimes patients from nearby Pembina Place care home would be wheeled over and he’d cut their hair while they sat in their wheelchairs.

“He would cut the hair of elderly people in their homes and take them groceries at the same time,” Gina says.

He was most excited, however, when one of his grandkids wanted a haircut.

“He’d plop them in the chair and put the cape around them. That’s when he lit up. It was such an honour for him to cut their hair for them,” she says.

A deeply religious man, Rocky came to terms with his diagnosis. He had enough time to settle his affairs and give goodbye hugs to many people in his life. To one such visitor to his Charleswood home, he motioned towards the heavens with his eyes.

“I’ll see you up there,” he said quietly. 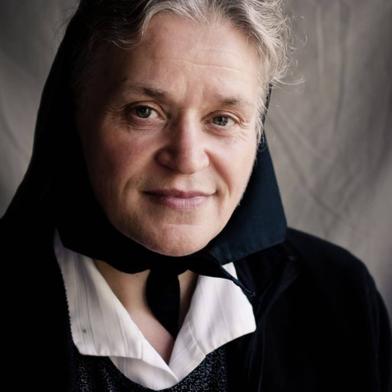 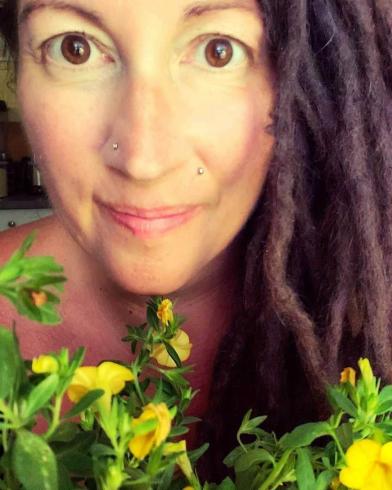 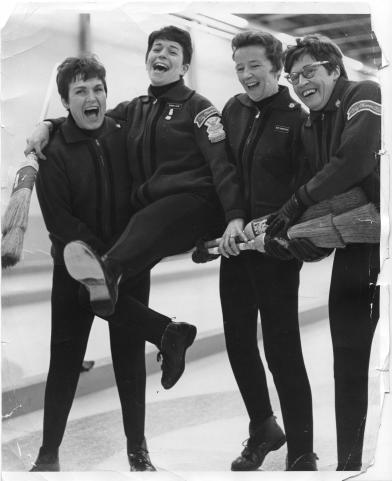 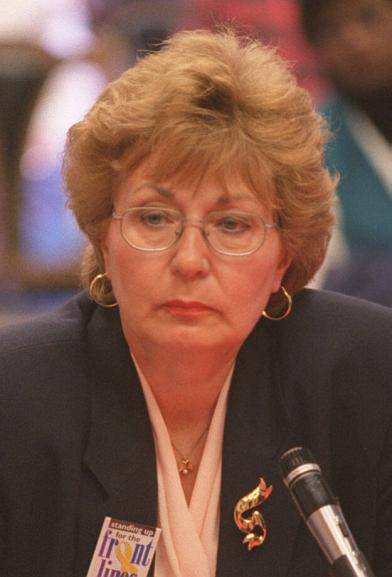 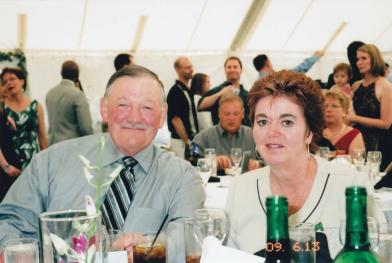 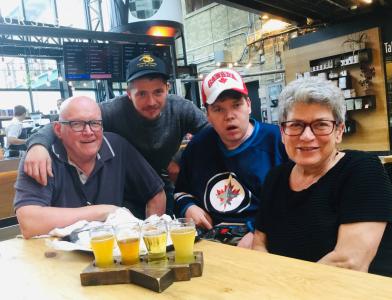 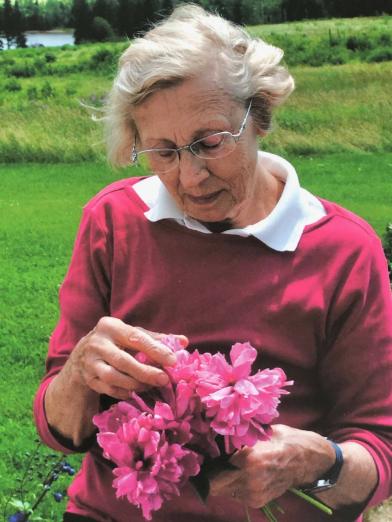 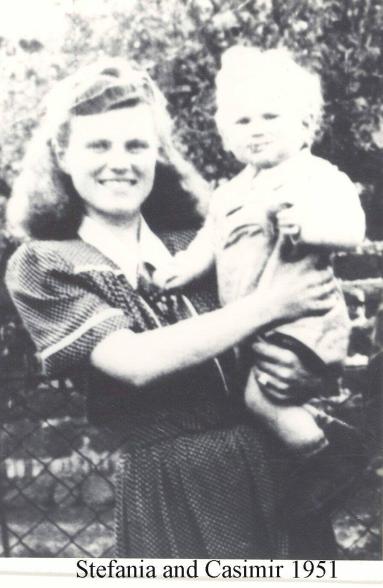 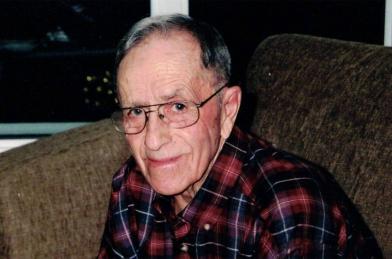