The poet and essayist Thomas Lynch — who worked for decades as a mortician in a small community in the United States — wrote that grief in the face of death is the tax we pay for loving one another.

Robert Nairn, who from the early 1980s until 2015 worked as a funeral director in Manitoba, dedicated his life to helping others face that grief.

"This will probably sound a bit cliché, but he truly saw it as a calling. He thought to be successful you had to have had that calling. It’s not something you could do for the wrong reasons," said Paul Nairn, one of Robert’s two children.

"My dad knew every single person that he buried. I think that’s quite a remarkable thing. Sometimes, I don’t know how he did it."

In the midst of his grief, Robert was comforted by William Jamieson, the director looking after his mother’s funeral, who told him he would "get him through this" trying time. Those words stuck with him and years later he was hired by Jamieson, who gave him his start in the business.

Through his job, Robert met a nurse’s aide named Diane Chyz, who became his wife on July 19, 1969.

In 1989, Robert and Diane opened up their own funeral home in Roblin. The family served that area of the province for 28 years, until they handed the reins of the business over to someone else.

"For him, it wasn’t so much about the business end of it, it was truly about helping people," his daughter Allison said.

"I look back at it now and I realize how much he helped people. I didn’t recognize that as a child, but I sure am appreciating it now."

In addition to running the family business and serving the community, he was dedicated to helping others away from the job, too.

Robert served on boards for Knox United Church, was a volunteer firefighter and ambulance attendant, and was a member of the Kinsmen Club, the Masonic Lodge and the Royal Canadian Legion.

In his spare time, he was a self-taught musician, a woodworker, gardener and fisherman, who loved spending time with his family outdoors, especially camping and fishing.

"He was a very down to earth man. He had a moral compass in him and that is something I strive to have as well. It seemed that anything he did, it was the right way to do things.

He was a salt of the earth kind of person," Allison said.

Second only to his love for his family, was Robert’s belief in the importance of — and passion for — his calling. He would consistently "go the extra mile" for his clients, doing whatever he could to make their darkest days a little more manageable.

For 28 years, Robert and Diane organized a "blue Christmas service." Knowing the holidays are often a difficult time for those who’ve lost a loved one, they invited the families they’d dealt with during the past year — or anyone else struggling — to attend.

There were also other ways Robert tried to go above and beyond for his clients.

"There’s this one time that comes to mind, when there was a young boy killed in a dirt bike accident. The parents wanted to take him back to their farm one last time, so my dad loaned them the hearse. That way they could watch one last sunset together at the farm," Paul said.

In April 2015, Robert had heart bypass surgery in Regina. During the operation, he suffered a stroke. It would be a year before he was able to return to his home.

Complications from the stroke would plague him for the rest of his life, but he was cared for lovingly by his wife and family during those years.

His son Paul and son-in-law Ryan have both followed in his footsteps, becoming funeral directors themselves, something that gave Robert a great deal of pride.

"I think a lot of people wonder how we deal with the dead. They consider that the hardest part of the job, but really it’s not. It’s dealing with the family that’s been left behind, often that’s the most difficult thing," Paul said.

"My dad brought a calmness and caring to the people he worked with. He dealt with families as if they were the only clients he had, he helped them. Since he’s died, we’ve gotten all sorts of messages from people he dealt with over the years.

"One woman, someone I went to school with, reached out to me to say how much my father had helped her family. She said, ‘He was more than just a funeral director. He was mercy on two legs.’" 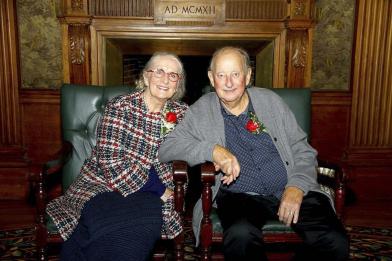 A force for good 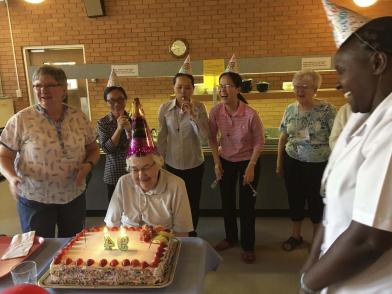 Keeping the faith in leadership 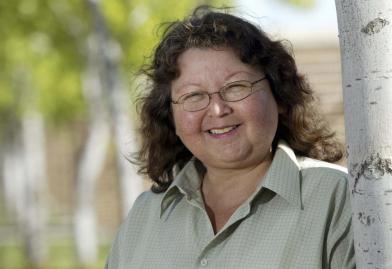 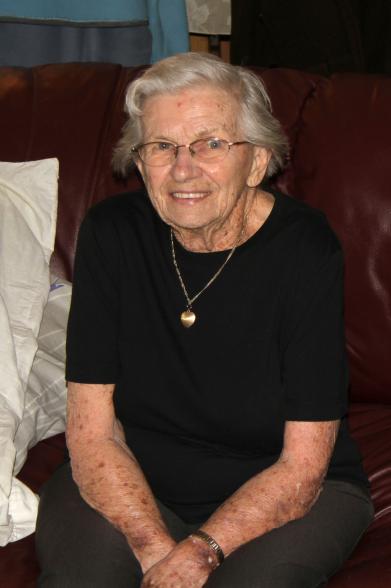 'All for the family' 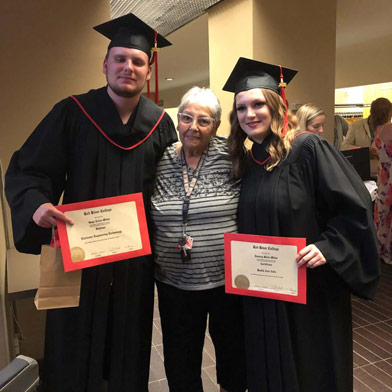 Home was where her heart was

The language of love

After helping her daughter overcome dyslexia, Elaine Paul made it her life mission to teach children to read B

Anthropologist known as a great storyteller and adventurer